Nearly 50% of Medicare patients taking biologic therapies for moderate-to-severe plaque psoriasis stop treatment within a year, reported a study by the Perelman School of Medicine at the University of Pennsylvania.

While previous studies have identified similar results among privately insured patients, this is the first to look at the issue among the elderly and disabled who are covered under Medicare.

Several targeted biologic therapies for moderate-to-severe psoriasis have been approved and released to the market in the past decade, tremendously growing the therapeutic options for the common skin condition.

In the study, published in the Journal of the American Academy of Dermatology, Jalpa A. Doshi, PhD, associate professor of medicine, and colleagues examined national Medicare claims data for patients with plaque psoriasis, including 2707 moderate-to-severe plaque psoriasis patients in the cohort, who initiated treatment during 2010-2011 with biologics infliximab (Remicade), etanercept (Enbrel), adalimumab (Humira), or ustekinumab (Stelara).

According to findings, the average use of biologics one year after initial administration fell to nearly 61% of the days in that year. The researchers noted that the patients whose prescriptions covered at least 80% of the days were classified as “adherent” to their medication; however, only 38% of patients reached that level.

Furthermore, approximately 46% of patients discontinued their medication use within a year, 8% switched biologics, and 9% restarted biologic therapy after a 90-day gap.

Doshi said, “Such suboptimal patterns of biologic use warrant further investigation, however our findings do suggest that high out-of-pocket costs under Medicare Part D are a potential factor.”

Further analysis suggested several factors could impact adherence, but the most likely possibility appeared to higher out-of-pocket costs. According to reports, patients who were ineligible for subsidies under Medicare Part D were more likely to be non-adherent and discontinue their biologic treatment.

Joel M. Gelfand, MD, MSCE, associate professor of dermatology and epidemiology and senior study author, said, “Given that prior research has shown interruptions in biologic treatment for psoriasis to be associated with poorer outcomes compared to continuous therapy, understanding the reasons for treatment non-adherence is critical.”

As such, further research will focus on long-term healthcare costs associated with interruptions, discontinuations, and switches in moderate-to-severe plaque psoriasis biologic treatments.

Scratch Beneath the Surface: ABSSSI 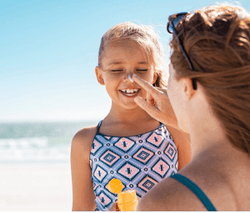