No Prescription Impact from a Switch to Global Budgeting

Combined with a pay-for-performance program, global budgets put provider organizations at risk of incurring medical expenses above a predetermined amount.

Global budgeting has drawn attention as a current approach to control healthcare spending.

Often paired with a pay-for-performance program, as in the Centers for Medicare & Medicaid Services (CMS) Accountable Care Organization model, the global budget approach puts provider organizations at risk of incurring medical expenses above a predetermined amount. The goal is to hold providers accountable by giving them a monetary incentive to help an entire patient population collectively make the most cost-effective healthcare decisions.

Previous studies had shown that AQC reduced total spending in its first 2 years by (1) shifting referrals to lower-paid providers, and (2) reducing medical utilization. Looking specifically at pharmacy this time, authors of the INQUIRY article sought to evaluate how AQC affected prescribing patterns and drug costs.

Drug spending and utilization were calculated in 4 categories:

Findings on Prescription Use within Global Budgets

Slight changes were detected by this study. For AQC enrollees, pharmacy utilization fell 0.83% compared with the control group (95% CI), number of scripts fell by 0.21% (95% CI), and drug spending fell by 0.18% (95% CI), but none of those estimated effects were statistically significant.

Introducing global budgeting, paired with a sophisticated pay-for-performance program, did not significantly reduce patient access to medications. Researchers acknowledged that accountable care targets were set over the duration of a 5-year contract, and that changes over that period remain to be seen.

The success of accountable care models will depend on first identifying clinically inefficient care, then addressing it, the authors wrote.

The report offered some possible reasons why prescription drugs were not an early target of providers’ cost containment efforts within the AQC program:

In other words, pharmacy services may be clinically efficient as they are, without a global budget.

Study: Out-of-State Telemedicine Visits Were Common During the COVID-19 Pandemic

Considerations for Maintaining Payer Network Access in the World of Vertical Integration – Part 2: Abusive PBM Practices and Tools for Providers to Combat Them 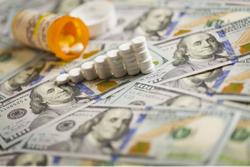