The Next-Generation Pharmacist: What Will the Future Look Like for Pharmacy?

The Next-Generation Pharmacist Research Program reveals what pharmacists are thinking today and what visions they hold for the future. 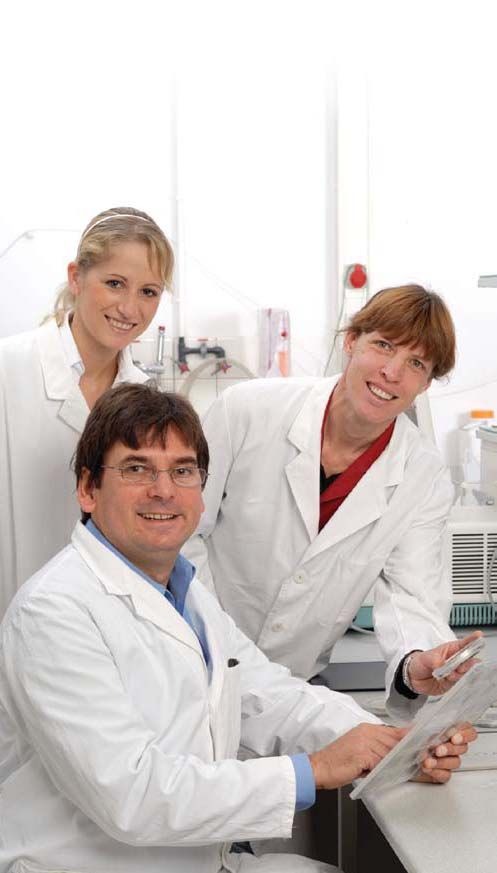 When Pharmacy Times joined forces with Parata Systems to profile today’s pharmacist by conducting a national research project, the goals were lofty. What does the future of pharmacy look like in the coming years and beyond? What are the important issues that cross all sectors of pharmacy? What trends and conditions impact pharmacists in their daily professional and personal lives? Our national research project developed into a survey, conducted last spring, which consisted of personal interviews of pharmacists across the country. The results were extremely revealing—and underscored the value and unique role pharmacists play in today’s health care environment.

As part of the Next-Generation Pharmacist ProgramTM, we also launched a firstof- its-kind awards program that focuses on specific aspects of the profession and shines a light on the traits and characteristics of the people who chose pharmacy as their life’s work. The purpose of this awards progam is to recognize and honor those individuals who have made a difference in the profession.

With 10 distinct categories—Entrepreneur, Green Pharmacist, Civic Leader, Technology Innovator, Patient Advocate, Industry Advocate, Technician, Rising Star, Future Pharmacist, and Lifetime Achievement&mdash;the full range of important pharmacy activities is included in this inaugural Next-Generation Pharmacist Awards. A distinguished group of industry leaders, under the leadership of Pharmacy Times Editor-in-Chief Fred Eckel, formed the distinguished panel of judges who vetted the nominations and determined the 30finalists (for their stories, please see The Next-Generation Pharmacist: What Will the Future Look Like for Pharmacy?

A special awards ceremony, being held on Monday, October 25, 2010, in Philadelphia, Pennsylvania, at The Franklin Institute, will present the category awards to these worthy recipients and will name the 2010 Next-Generation Pharmacists from among them. For those attending the National Community Pharmacist Association’s annual meeting (October 23-27) in Philadelphia and interested in attending the banquet ceremony, details and tickets are available at www.nextgenerationpharmacist. org or by calling 919-433-4423.

In this first year of the Next-Generation Pharmacist ProgramTM the benchmarks have been set, in terms of both the quality and breadth of the nominations and of the first in-depth survey results. We have learned that pharmacists in all settings ultimately have the same goals and motivations—to improve the well-being of their patients, to work with their health

care professional colleagues, to promote best practices, and to utilize innovations and technologies available to them.

The nationwide survey, which formed the backbone of the Next-Generation Pharmacist ProgramTM, filled a gap identified by Pharmacy Times and Parata— and took a closer look at the pharmacist in the United States in the community, chain, and institutional settings to better understand the motivations and opinions of the pharmacist. Many questions were raised in this in-depth survey, many were answered, and many lead to more questions. This pharmacist profile will serve as a benchmark resulting in a better understanding of the profession over time and provide valuable insight into the hearts and minds of pharmacists. 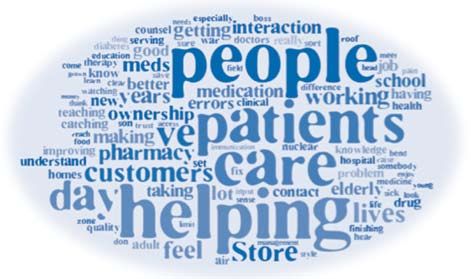 Pharmacy Times readers will be interested to learn what their fellow pharmacists across the country had to say about their career motivations, the connection to legacy—which is a strong tradition in pharmacy&mdash;and what they believe the future of pharmacy holds. Insights into the life of a pharmacist and thoughts about workforce demographics complete a compelling picture&mdash;less a snapshot and more a full picture&mdash;of what it is like to be a pharmacist today.

Our coverage of the research will be presented in 2 parts—here in the September issue with survey highlights followed by Part II in the October issue, which will cover a number of other important aspects of this study. The technology side of the profession, the green practices pharmacists utilize, and how they involve themselves in social media will all be examined. October is American Pharmacist Month, so it is especially appropriate that we focus also on the future vision more closely then as well. We commend and highlight the accomplishments of the 30 finalists in this issue, and will honor those that will receive the Next-Generation Pharmacist Award in each category. Look for the final results in the October issue, including the winner of the top award for the 2010 Next- Generation Pharmacist.

The Role of Pharmacist

The Next-Generation Pharmacist survey consisted of telephone interviews to gain in-depth feedback from individual pharmacists who work in community, national chain, and institutional settings. The findings indicate that pharmacists are seriously thinking about their profession in terms of potential changes, how they approach their work, and what they would like to do better. Historically, the profession of pharmacy has grown rapidly as new ways to deliver patient care and medication management have evolved. There are more options than ever before as jobs have expanded into new areas (see “Pharmacy Job Trends: Adapting to Today’s Market” in Pharmacy Times June 2010).

The role of the pharmacist has been transformed from that of a dispenser of medications to a vital health care team member, who consults closely with patients with chronic diseases, offers medication adherence strategies, and broadens the profession’s influence overall. The just-released National Association of Chain Drug Stores’ Industry Profile 2010- 2011 summarizes these changes: “The pharmacist’s role has grown and evolved over the years to become more inclusive of patients’ health care needs as a whole. Patients can now look to their pharmacy as a total health care provider, and today’s pharmacists play an important role in improving patient outcomes.”

In fact, as the health care reform bill was debated last winter, the role of the pharmacist was a big part of this discussion (see “Health Care Reform: Has Pharmacy’s Message Been Heard?” in Pharmacy Times April 2010). Pharmacists are definitely thinking, talking, and evaluating what the future holds for their profession in the context of all the recent sweeping changes in health care policy. In our survey, the areas of concern for pharmacists were revealed with 3 main themes: What is happening with the job market? How do administrative tasks impact the workload of the pharmacist? How does patient care fit into the day-today work at a pharmacy?

In terms of the job market, the survey revealed that only 10% of those surveyed were concerned about a tight job market, despite conflicting reports of pharmacy shortages and an over abundance of talent. With clerical or administrative functions taking between 10% and 20% of the pharmacist’s time, 39% of those surveyed said that administrative tasks consume most of their time.

The strong desire to get even more involved in direct patient care was echoed throughout the survey. The desire to increase patient care is seen as one of the most important changes that pharmacists can make in the next 5 years. Less than one third of those surveyed (28%) responded that they were “very satisfied” with the time spent with patients. Even so, roughly half (51%) of pharmacists rated customer service at their pharmacy as “excellent,” and gave positive feedback for the “customer focus” of their pharmacists and pharmacy technicians. The overriding wish by many pharmacists is to be more involved in patient care in the future. “The pharmacist’s role has grown and evolved over the years to become more inclusive of patients’ health care needs as a whole.” NACDS Industry Profile 2010-2011

When questions were asked that related to career choices, pharmacists made it clear that do not have any regrets despite the many challenges of today. The ultimate question—“Why did you choose pharmacy as a career?”&mdash;garnered a wealth of answers. The top answer was “helping people” (14%), followed by “strength in math and science” (13%), and “patient care” (12%). A certain group (9%) chose pharmacy as a career because of a “family legacy” and a similar number (especially institutional pharmacists) took the pharmacy career path to be part of the medical field due to an interest in medicine (8%).

Nearly two fifths (38%) of those surveyed consider pharmacy to be their “dream profession,” a high total no matter what the field. Only 10% indicated that they would have liked to play anotherrole in the medical field, such as a physician, rather than being a pharmacist. Interestingly, a small number (7%) would have liked to be an athlete, such as a professional golfer or baseball player. Even so, the positive feelings towards their profession come out clearly with the question about career accomplishments: “What accomplishment as a pharmacist has given you the most satisfaction?” The most mentioned words—forming the visual “word cloud” for pharmacy above&mdash;are “helping,” “people,” “care,” and “patients.” The frequency of words used to describe career accomplishments helps to express the intensity of the feelings of those surveyed and how they feel about their professional lives.

Central themes cited by survey respondents for career accomplishments amplify the general feeling that pharmacists are in the business of helping people—this is their primary goal. The highest total (30%) said “helping people” was their main accomplishment as a pharmacist; 23% of respondents cited “helping/care of patients” as a major accomplishment. Additionally, the verbatim comments underscored the pride many personally expressed to the interviewer. Clearly, pharmacists touch the lives of many people with their specialized knowledge and talents.

While the questions posed to the pharmacists covered disadvantages of the profession, the large majority (69%) of those surveyed were very satisfied with their career as a pharmacist. Those who were somewhat satisfied (29%) represented approximately one third of the pharmacists interviewed. Only a very few (2%) expressed negative feelings about their career choice.

The wide-ranging interviews also focused on what pharmacists do in their “personal” time. It should come as no surprise that many of them included community work and charities on their list of activities. Some (16%) are involved in religious charities, such as their church, and some (13%) support cancer charities, such as breast cancer. Children’s charities (11%) were also cited, while others (9%) support other disease charities, such as diabetes and heart disease. The American Red Cross, Salvation Army, and other human services agencies were favored by some pharmacists (8%) as well, and seniors and hunger agencies were personal causes for other pharmacists (6%). The lifestyle choice of pharmacists to participate in charities and causes during their free time indicates a passion for people.

When asked “How are you involved in your community?” the pharmacists surveyed offered a number of activities, including volunteering time for a church/ synagogue (29%), volunteering for a nonprofit (19%), and serving on a community board (5%). Other volunteer areas revolved around community education and community health screenings, as well as children’s activities.

• More Survey Results on these Topics:

- Technologies and the Future

- Visions for the Future