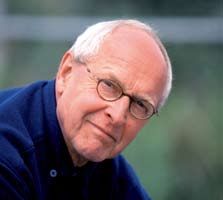 A new study led by Robert Wilson, PhD, from Rush University Medical Center in Chicago, Illinois, found that patients with mild cognitive impairment experienced a decrease in overall cognitive function that was twice as fast as a person with no cognitive problems. The study was published in the March 23, 2010, issue of Neurology.

“While mild cognitive impairment and dementia clearly exist on a continuum, the accelerating cognitive deterioration in dementia is highly relevant to clinicians counseling patients and families with dementia,” the researchers wrote.

Funded by the National Institute on Aging and the National Institute of Environmental Health Sciences, the study examined more than 1150 individuals with an average age of 79 years from the Chicago Health and Aging Project. Of the study participants, 149 were diagnosed with Alzheimer’s disease, 395 showed signs of mild cognitive impairment, and 614 had no cognitive problems.

US Prescription Drug Sales Bounce Back

Data collected by IMS Health show that prescription drug sales in the United States grew 5.1% in 2009—a number that represents a significant increase from 2008, when drug sales grew by a modest 1.8%. The growth can be attributed in part to the rise in demand for specialty pharmaceuticals, which now comprise 21% of the US market for prescription drugs.

“The thing that surprised us compared with what we might have expected a year ago was how the overall demand held up during a year that in many other parts of the economy we saw declines in demand,” said Murray Aiken, senior vice-president of IMS Healthcare Insight.

In the current economy, demand for generic medicines continues to be strong. Of all dispensed prescriptions in 2009, 75% were generics—an increase of 57% in the previous 5 years&mdash;for a total of $74 billion in sales. The number of branded prescriptions dispensed fell by 7.6% in 2009, while the total number of generics increased by 5.9%. 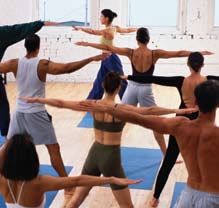 A survey released April 5, 2010, from the American Public Health Association (APHA) reveals that 85% of Americans describe their lifestyle as “somewhat healthy” or “very healthy.” Only 20% of the survey participants characterized the overall health of the US population as somewhat or very healthy, however.

“It’s encouraging that many Americans are taking steps toward healthier living, but unfortunately these same adults don’t view our nation as making the same strides,” said APHA Executive Director Georges C. Benjamin, MD, FACP. “This disconnect shows that we need to commit to promoting good health in our communities.”

The survey results were released to coincide with APHA’s National Public Health Week, April 5-11, 2010. To read the full results of the APHA survey, visit www.nphw.org/nphw10/layout_pg_ facts_survey.htm. APHA also created a video designed to educate individuals on immediate ways to improve the health of their communities. Called A Healthier America, the video is available at http://generationpublichealth.org/. 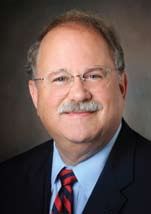 Joseph L. Fink III, BSPharm, JD, professor of pharmacy law and policy at the University of Kentucky College of Pharmacy, Lexington, and regular “Pharmacy Law” columnist for Pharmacy Times, was recently awarded the 2010 Pellegrino Medal by the Healthcare Ethics and Law (HEAL) Institute at Samford University in Birmingham, Alabama. The HEAL Institute presents the medal to honor individuals recognized nationally as leaders “for contributions to healthcare ethics in the selfless spirit of Edmund D. Pellegrino.”

The Pellegrino Medal is named for Edmund D. Pellegrino, MD, who was an internationally acclaimed bioethicist. Dr. Pellegrino received the first lifetime achievement award from the American Society for Bioethics and Humanities in 1998. At the presentation of this award, he was called the “father of the American bioethics movement.” 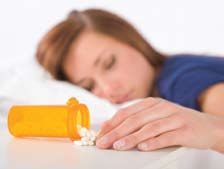 From 1999 to 2006, the United States has seen a sharp and disturbing rise in intentional and unintentional overdoses of opioids and sedatives, according to a study published in the American Journal of Preventive Medicine in May.

The deaths of celebrities like Michael Jackson and Heath Ledger raised awareness about the serious issue of prescription drug diversion and abuse, but the problem is not just in Hollywood, noted the study’s lead author, Jeffrey H. Coben, MD, of the Injury Control Research Center at the West Virginia University School of Medicine.

“We do need to work with physicians and pharmacists to make sure there are better procedures in place to monitor who’s getting what and how frequently,” said Dr. Coben. He also stressed that patient education should include the proper use and disposal of opioids and sedatives. 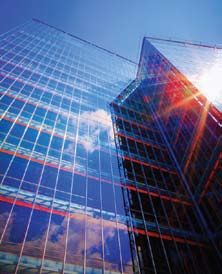 Hartford, Connecticut, is the smartest city in the United States, at least where skin cancer awareness is concerned. Salt Lake City, Utah, and Denver, Colorado, round out the top 3 smartest US cities in the survey “Suntelligence: How Sun Smart Is Your City?” commissioned by the American Academy of Dermatology (AAD).

In January, the AAD surveyed 7116 individuals in 26 cities. Survey participants were asked about numerous sun care topics, including their sun protection habits, opinions on tanning, and knowledge about skin cancer. These answers were compared with 1123 surveys conducted outside the study cities.

“One common thread we found encouraging is the majority of people polled expressed concern about skin cancer and had awareness of proper sun protection,” said William James, MD, professor of dermatology at the University of Pennsylvania and president of AAD. “However, we found that people’s behaviors don’t always correlate with their concerns.” The full results of the study, which were released May 3, 2010, are available on the AAD Web site, www.aad.org.

âžœFor the latest information and news affecting pharmacists, visit our online-only content. Go to www. PharmacyTimes.com and click on the “Web Exclusives” tab.