New research provides a further explanation for how an infection by influenza A virus followed by S. pneumoniae superinfection causes severe pneumonia and a high death rate.

Researchers at The University of Alabama at Birmingham (UAB) have discovered a new virulence mechanism for a surface protein on the pneumonia-causing bacteria S. pneumoniae (PspA) when mixed with the influenza virus, according to a press release from the university.

This finding has been overlooked in the past because it helps bacterial adherence only to dead or dying lung epithelial cells, not to living cells, according to the study authors. They further noted that previous research used healthy lung cell monolayers to search for bacterial adhesins that support infection.

The new research provides a further explanation for how an infection by influenza A virus followed by S. pneumoniae superinfection causes severe pneumonia and a high death rate. This mechanism also leads to future improvements for disease treatment and vaccination, according to the study authors.

The research from UAB on PspA originated from an experiment on mice with influenza A and either wild-type S. pneumonia that has the PspA gene, or a mutant S. pneumoniae that lacks PspA. The findings proved that lung homogenates from mice infected with the wild type had much higher number of S. pneumonia bacteria than did lungs infected with the mutant. However, when the interiors of the lungs were washed and bronchoalveolar lavage fluid was collected, the research team counted similar numbers of the wild-type S. pneumonia and the mutant.

“This unexpected result was interpreted to mean that wild-type S. pneumoniae were more resistant to dislodgement than S. pneumonia with a PspA gene deletion, and it served as rationale for further experimentation,” said Carlos Orihuela, PhD, in the press release.

The team showed that PspA functions as an adhesion to dying host cells, detailing the molecular mechanism of this linkage, according to the study authors.

Further tests with fragments of the PspA protein showed that a 52-amino acid portion of the protein, from amino acid 230 to 281, was necessary for enzyme glyceraldehyde-3-phosphate dehydrogenase, or GAPDH, binding. Instilling one of the binding fragments into the lungs of influenza-infected mice reduced the disease severity of S. pneumoniae superinfection, according to the study.

“Our findings support the targeting of regions of PspA for therapeutic and vaccine development against influenza A/Streptococcus pneumoniae superinfections,” Orihuela said in the press release. “Importantly, and despite more than 30 years since its discovery, PspA was not previously shown to function as an adhesin. Thus, our finding of PspA’s role in adherence substantially advances our knowledge on the interactions of S. pneumoniae with its host.” 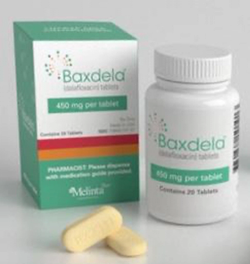