Cells in the lung that exacerbate the immune response contribute to asthma attacks.

It is widely known that eosinophils contribute to inflammation and exacerbation of the immune response in asthma. However, researchers in a recent study discovered an eosinophil that potentially plays a protective role in the disease.

In patients with asthma, inflammatory eosinophil cells, granulocytes produced in the bone marrow, are recruited to the lungs during an allergic reaction. The eosinophils then participate in the asthmatic reaction.

Researchers in a study published in the Journal of Clinical Investigation discovered the existence of a sub-group of eosinophils, called resident eosinophils. The resident eosinophils live in healthy lungs, and play a regulatory and protective role in maintaining the balance of the immune system to prevent asthma attacks.

Researchers found that eosinophils, in both mice and humans, have the protein CD62L on their surface, making it distinguishable from inflammatory eosinophils. Mice deficient in resident eosinophils in the lung were observed to have an exacerbated immune response after inhaling small doses of allergens, suggesting these eosinophils play a role in preventing asthma, and in the regulation of pulmonary immune homeostasis, according to the study.

“For the first time, this study identifies a distinct sub-type of non-inflammatory pulmonary eosinophils in mice and humans which seem to be able to prevent the development of abnormal immune responses,” said researcher Thomas Marichal, DVM, PhD. “Because these disorders of the immune system are involved in many disease conditions such as asthma, food allergies, Crohn's intestinal disease or autoimmune diseases, this fundamental discovery is of outstanding interest to identify a way to prevent the development of these diseases.”

Researchers also discovered that resident eosinophils inhibit the activation of dendritic cells. For asthma, dendritic cells are activated to trigger a chain of events that results in inflammation and manifestations of the disease.

“Recent anti-asthmatic treatments by injection of interleukin-5 monoclonal antibodies have proven to be clinically effective, but it was not understood why they did not totally eradicate the eosinophils, whose survival and function depend on interleukine-5. In light of our study, we now understand that, in fact, they spared the 'good' regulating lung-resident eosinophils that are not so dependent on Interleukin-5 and that is a very good thing,” said researcher Fabrice Bureau, DVM, PhD. “In the future, the question is to know how to facilitate the production of resident eosinophils, rather than inflammatory eosinophils, in the bone marrow. Indeed, by acting at the top of the cascade, we will have new weapons for the prevention of inflammatory diseases such as allergies or autoimmune diseases.” 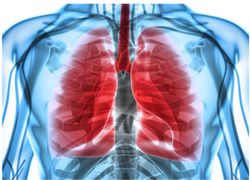 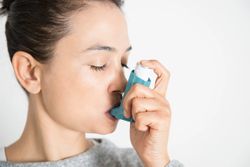