The opioid epidemic has been growing worldwide, causing thousands of overdoses and deaths. In the United States, lawmakers have implemented tighter regulations on opioids to reduce the likelihood of abuse and overdose.

Findings from a new study suggest that an increase in prescriptions for neurological disorder treatments parallel an increase in overdose-related deaths in England and Wales.

The drugs — pregabalin and gabapentin — have been the target of substance misuse and are especially dangerous when used in conjunction with opioids, including heroin.

Pregabalin and gabapentin have been used treat epilepsy, muscle pain, anxiety, insomnia, and mental illness. Prescriptions for these drugs have increased from 1 million to 10.5 million in 2015, according to the study. This rapid annual increase in prescriptions for the drugs have caused concern about its misuse potential.

The authors discovered that the number of gabapentoid overdose-related deaths in England and Wales increased from less than 1 per year in 2008 and 2009 to 137 in 2015, according to the study. Interestingly, opioids were involved with approximately 79% of the deaths in 2015.

To discover the underlying cause of this increase, the authors interviewed drug users. In interviews with heroin drug users, they indicated that pregabalin and gabapentin were easily accessible. Additionally, the individuals reported that the drugs enhanced the effect of heroin and resulted in the feeling of a loss of control, which may be a desirable effect to this population.

The authors then conducted laboratory experiments to determine the cause of the increased risk of overdose. They found that pregabalin increased heroin-induced respiratory depression by reversing drug tolerance at low doses and directly depressed respiration at higher doses, according to the study. Both of these mechanisms can increase the risk of heroin overdose.

“It is important that doctors and people dependent on opioids are aware that the number of overdose deaths involving the combination of opioids with gabapentin or pregabalin has increased substantially and that there is evidence now that their concomitant use — either through co-prescription or diversion of prescriptions – increases the risk of acute overdose deaths,” said researcher Matthew Hickman, PhD.

The authors suggest that physicians managing patients with opioid use disorder who also have neuropathic pain or anxiety should be treated with an alternative drug rather than gabapentoids, according to the study. The drugs should also be closely monitored and potentially restricted due to concerns of overdose.

“Poly-drug use is very common amongst drug users,” said researcher Graeme Henderson, PhD. “We need more multi-disciplinary studies like ours which seek to combine evidence from laboratory experiments on how drugs act, with accounts of what users experience and information on the pattern of drug use and drug harms — in order to make health care workers and drug users aware of the dangers of combining specific drugs.” 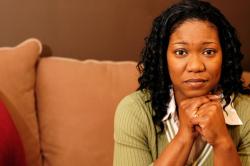 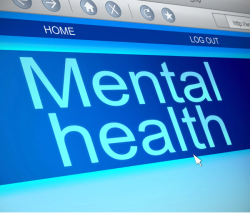