New technique allows physicians to see if a tumor is susceptible or resistant to treatment much earlier than conventional methods.

A newly developed technique can detect the efficacy of chemotherapy in as little as 8 hours post treatment.

Conventional detection methods such as PET scans, CT, and MRI are usually unable to detect if a tumor has shrunk or is shrinking until after several cycles of chemotherapy. When signs of a treatment’s efficacy is unable to be detected early, it can impact the improvement of outcomes and quality of life.

A study published in The Proceedings of the National Academy of Sciences used a technique that used a nanoparticle containing chemotherapy or immunotherapy as a delivery method and would glow green when cancer cells began dying.

This method allowed for researchers to see whether a tumor was susceptible or resistant to treatment much earlier than conventional methods.

“Using this approach, the cells light up the moment a cancer drug starts working,” said co-corresponding author Shiladitya Sengupta, PhD. “We can determine if a cancer therapy is effective within hours of treatment. Our long-term goal is to find a way to monitor outcomes very early so that we don't give a chemotherapy drug to patients who are not responding to it.”

In order to get the fluorescent green glow when the cancer cells die, researchers designed a “reporter element” that glows green in the presence of the activated enzyme caspase.

The results of the study showed the tumors had a sensitivity to paclitaxel with an approximately 400% increase in fluorescence compared with tumors that did not have a sensitivity to the drug.

Additionally, there was a significant increase in the fluorescent signal in tumors treated with the anti-PD-L1 nanoparticles after 5 days.

“We've demonstrated that this technique can help us directly visualize and measure the responsiveness of tumors to both types of drugs,” said co-corresponding author Ashish Kulkarni. “Current techniques, which rely on measurements of the size or metabolic state of the tumor, are sometimes unable to detect the effectiveness of an immunotherapeutic agent as the volume of the tumor may actually increase as immune cells begin to flood in to attack the tumor. Reporter nanoparticles, however, can give us an accurate read out of whether or not cancer cells are dying.”

Before the technique can be used in clinical application, researchers will focus on the design of radiotracers that can be used in humans and test its safety and efficacy. 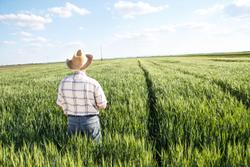