Movement-related adverse events are not uncommon in patients taking metoclopramide.

Movement-related adverse events are not uncommon in patients taking metoclopramide.

Metoclopramide has been used for many years in the treatment of gastroparesis, nausea and vomiting, and gastroesophageal reflux disease (GERD). It acts as an antagonist of the dopamine D2 receptor and muscarinic receptors and as an agonist of 5-HT 4 receptors.1,2 These actions increase gastric tone and emptying as well as increase antroduodenal coordination, resulting in some efficacy for gastroparesis and GERD. Metoclopramide’s antiemetic effect is thought to be due to its inhibition of D2 and 5-HT3 receptors in the chemoreceptor trigger zone.

Metoclopramide is eliminated by several pathways. About 30% is eliminated unchanged in the urine.3 The rest is metabolized, primarily by cytochrome P450 (CYP) 2D6, with perhaps some contribution from CYP3A4 or CYP1A2.4,5 Metoclopramide also appears to be a substrate for the P-glycoprotein (P-gp) transporter.

Little data are available that examine the relationship of metoclopramide concentration to the incidence of side effects, except that several retrospective analyses have found that higher doses are more often associated with tardive dyskinesia. In a study of 24 healthy subjects, pretreatment with fluoxetine (Prozac) 60 mg daily for 8 days resulted in an increase in metoclopramide maximum plasma concentration and area under the concentration time curve of 42% and 89%, respectively. Metoclopramide’s half-life increased from 5.5 hours to 8.5 hours.9

Thioridazine, chlorpromazine, perphenazine, haloperidol, and risperidone have been noted to inhibit CYP2D6 and could increase the plasma concentration of metoclopramide. Theoretically, SSRIs used concomitantly with metoclopramide could increase the risk of serotonin syndrome. Additionally, some SSRIs [eg, duloxetine (Cymbalta), fluoxetine, and paroxetine (Paxil)] are inhibitors of CYP2D6.

There is no doubt that metoclopramide can occasionally cause severe side effects. Because it is eliminated by CYP2D6 and appears to be a substrate for P-gp, there are a large number of potential drugs that can interact with metoclopramide to increase its plasma concentration or passage into the brain. Some patients, such as those with renal failure or a genetic deficiency in CYP2D6 or P-gp activity, may be particularly susceptible to metoclopramide movement-related adverse events, including those exacerbated by drug interactions.

8. Doran A et al. The impact of P-glycoprotein on the disposition of drugs targeted for indications of the central nervous system: evaluation using the MDR1A/1B knockout mouse model. Drug Metab Dispos. 2005;33:165-74. 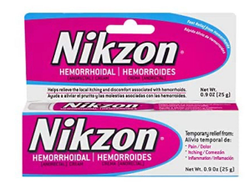 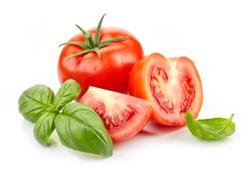