Incremental gains in survival and new targeted agents in the pipeline offer promise. 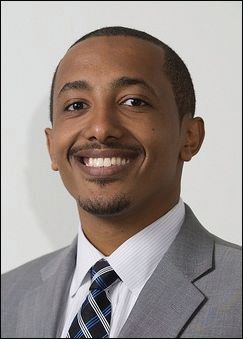 Incremental gains in survival and new targeted agents in the pipeline offer promise.

Breast cancer continues to be the leading cause of cancer-related mortality in women, with an estimated 1 in 8 (12%) being diagnosed with invasive breast cancer during their lifetime.1 In 2013, it is estimated that 230,000 women will get diagnosed and nearly 40,000 will die from breast cancer. Despite these staggering numbers, the incidence of breast cancer has actually been dropping steadily since the early 2000s after the landmark Women’s Health Initiative study linking hormone replacement therapy (HRT) to the development of breast cancer.2 In addition to HRT, other risk factors for the development of breast cancer are increased biological exposure to estrogen, such as increasing age, early menarche, late menopause, nulliparity, and first birth after 30 years of age.3 There are also genetic risk factors, such as mutations with the BRCA gene, that have been implicated in the pathogenesis of breast cancer.4 As we continue to better our understanding of the biomolecular markers of breast cancer, treatment has been better individualized in order to achieve maximum therapeutic benefit with minimal toxicity.

The biological features and extent of the disease guide the treatment options for breast cancer. Tumor specimen is used to determine the molecular markers such as ER (estrogen receptor), PR (progesterone receptor), and HER2 (human epidermal growth factor receptor) status. ER/PR status is determined by immunohistochemistry (IHC) testing. Hormone receptor— positive patients will likely receive an anti-estrogen therapy with selective estrogen receptor modulators (SERMs) or aromatase inhibitors (AIs). Although HER2 positivity is considered more aggressive in the natural progression of breast cancer, the availability of targeted therapy has made the prognosis much more favorable over the past several years.

Treatment of breast cancer is generally divided into localized and metastatic disease. In localized disease, the goal of treatment is long-term survival with breast-conserving surgical resection followed by adjuvant chemotherapy to eliminate residual tumor cells. Women with localized breast cancer have a favorable prognosis with treatment options that have generally remained the same over the past several years. In metastatic disease, the goal is primarily to delay disease progression and preserve quality of life by using chemotherapy agents with favorable toxicity profiles. The 5-year overall survival for metastatic breast cancer is less than 25%; thus, treatment continues to evolve with the development of unique therapeutic strategies.5 The principles of treatment for localized and metastatic breast cancer are outlined in Tables 1 and 2, respectively. 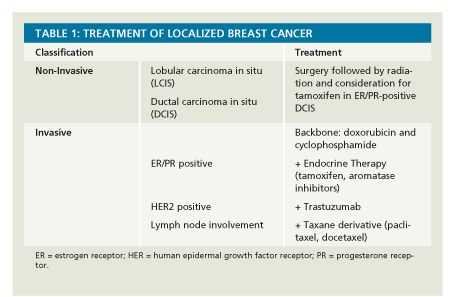 Over the past few years, there have been innovative approaches to improving survival in metastatic breast cancer patients. Table 2 outlines newer treatment options categorized by HER2 and hormone receptor positivity.

Pertuzumab is a humanized monoclonal antibody that blocks HER2 receptors at different subdomains, allowing it to be synergistic with trastuzumab. Baselga and colleagues conducted a randomized, double-blind, placebo-controlled trial in HER2-positive metastatic breast cancer patients who had not yet received therapy. Patients were randomized to a placebo, trastuzumab, and docetaxel combination group or to a pertuzumab, trastuzumab, and docetaxel group.

The primary end point, progression-free survival (PFS), was significantly improved in the pertuzumab group compared with the placebo group (18.5 months versus 12.4 months; hazard ratio 0.62; confidence interval 0.51 to 0.75; P <0.0001). Despite a strong trend toward an improvement in the overall survival (23.6% vs 17.2% in the pertuzumab and placebo arms, respectively), this was not statistically significant.6 The pertuzumab combination is now considered the gold standard for first-line therapy in patients who are diagnosed with metastatic HER2-positive breast cancer.

T-DM1 is an antibody-drug conjugate which has DM1, a cytotoxic drug, bound to trastuzumab, which allows for targeted delivery of chemotherapy to HER-2 positive breast cancer cells (Online Figure 1). Hurvitz and colleagues conducted a phase II open-label, randomized trial (n = 137) in HER2-positive unresectable, advanced breast cancer without prior chemotherapy or trastuzumab for metastatic disease. Patients were assigned to T-DM1 or trastuzumab and docetaxel and treated until disease progression. Results showed T-DM1 had significant improvement in progression-free survival over trastuzumab (14.2 months vs 9.2 months). Overall survival was similar between the 2 groups. Based on these data, T-DM1 could be considered a suitable first-line option in advanced or metastatic breast cancer.7 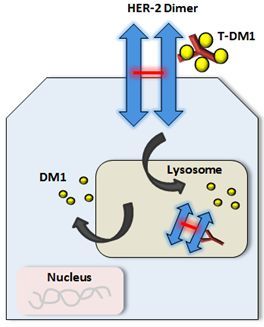 Also, in the phase III EMILIA trial, 991 women with metastatic breast cancer who had failed a taxane and trastuzumab combination were randomized between T-DM1 or lapatinib and capecitabine. This study by Verma and colleagues found median PFS was 9.6 months in the T-DM1 arm versus 6.4 months in the lapatinib and capecitabine arm (P <0.001), which had been a preferred option in metastatic breast cancer as a second-line option.8 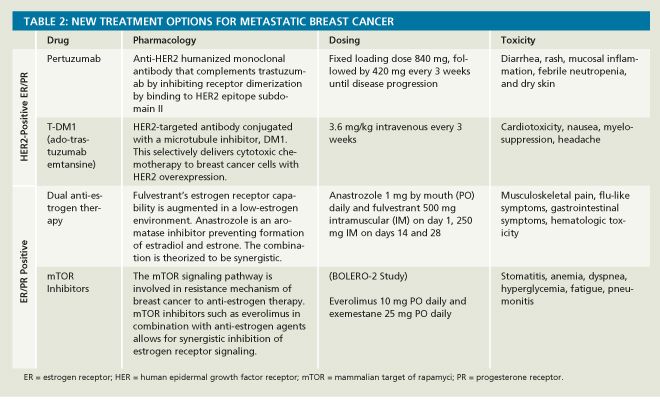 Patients presenting with metastatic hormone receptor positive breast cancer typically receive anti-estrogen therapy as first line. These include agents such as aromatase inhibitors (anastrozole, letrozole, exemestane), estrogen receptor modulators (tamoxifen), and estrogen receptor downregulators (fulvestrant). Over time, the majority of patients will develop resistance to hormonal treatment. Recently there has been development of strategies to improve initial response to therapy in order to overcome or delay resistance. Two of these strategies include dual anti-estrogen therapy and estrogen therapy in combination with mTOR inhibitors.

Regimens evaluated for combination endocrine therapy include fulvestrant and anastrozole in women with advanced breast cancer. Fulvestrant binds to estrogen receptors, causing downregulation and degradation, while anastrozole is a non-steroidal aromatase inhibitor that blocks the conversion of androgens to estrogens. Both drugs work to reduce the malignancy’s exposure to estrogen, thereby inducing apoptosis and cell death.

In the FACT study, pre- and post-menopausal women with ER/PR-positive breast cancer who received a gonadotropin releasing hormone agonist with first relapse were randomized to anastrozole alone or anastrozole plus fulvestrant. The combination group failed to show any significant difference in time to progression or overall survival.9 A contradictory second study looked at the combination of anastrozole and fulvestrant in postmenopausal women and found that those in the combination group had a significant longer PFS (15 vs 13.5 months, P = 0.007) and improved overall survival.10 A meta-analysis of these 2 articles found marginal benefit in response rate, PFS, and overall survival which failed to reach statistical significance. Because of the conflicting data, combining anastrozole and fulvestrant is not a preferred mode of therapy.

Upregulation of the phosphatidylinositol 3-kinase pathway and the mammalian target of rapamycin (PI3K/mTOR) pathway has been implicated in the intrinsic and acquired resistance of breast cancer to endocrine therapy and HER2-targeting agents. Recent studies have looked at the use of mTOR inhibitors, such as everolimus and temsirolimus, to either improve initial outcomes of endocrine therapy or overcome resistance in hormone receptor positive breast cancer. The most promising data come from the BOLERO-2 trial, which randomized women with advanced breast cancer to receive exemestane alone or exemestane plus everolimus. These patients had progressed through previous therapy with non-steroidal aromatase inhibitors.

Addition of everolimus to exemestane was shown to significantly improve PFS; however, patients in the combination group experienced significantly more side effects, including stomatitis, anemia, dyspnea, hyperglycemia, fatigue, and pneumonitis.11 The addition of everolimus to tamoxifen has also been shown to improve PFS in patients who progressed on AI therapy when compared with tamoxifen alone.12 However, another study of first-line treatment of advanced or metastatic breast cancer in AI-naive patients was stopped early when the addition of temsirolimus to letrozole had no significant difference in progression free survival when compared with letrozole alone. Currently, this strategy is reserved in the second-line setting for women with hormone receptor positive metastatic disease that have failed at least 1 line of therapy.

Several targeted agents are currently in the pipeline for the treatment of breast cancer.13 As we have learned more details about tumor biology, we have discovered several potential targets that have been implicated in the pathogenesis of breast cancer. Table 3 summarizes the current classes of agents in development that will continue to revolutionize the way we manage advanced-stage breast cancer. The use of these novel agents, as well as the ones discussed here, in earlier stages of breast cancer is currently a question of interest. This strategy would lead to declining rates of relapse and progression into advanced stage disease, which has a much less favorable long-term survival. Despite the challenges of metastatic breast cancer, we are encouraged by the incremental gains in survival over the past several years and eagerly wait for a breakthrough that will hopefully lead to a cure by blocking key steps in the disease development process.