Meijer, a retailer based in Grand Rapids, Michigan, announced that its free prenatal vitamins prescription program has filled its one millionth prescription, resulting in cost savings of nearly $14 million for Midwest families. 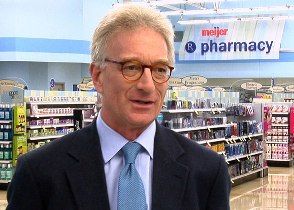 The program, which was launched in May 2008, enables any customer, regardless of insurance or co-pay, to have their pre-natal prescription filled free of charge.

“Meijer has always been a strong advocate for safe and healthy families, and we’re very proud to offer a program that works to ensure the health of an expectant mother and her child,” said Hank Meijer, co-chair and CEO, in a statement. “In addition, offering free pre-natal vitamins helps Midwest families cope with rising health care costs, complementing the many other ways families can save money throughout our stores.”

It has been shown that pre-natal vitamins play an important role in the health of both the mother and child throughout the pregnancy. Although these supplements have typically been prescribed for women who have become pregnant, many members of the medical community believe they are also beneficial in the months leading up to conception.

Prior to launching its free prenatal vitamins initiative, Meijer introduced a program in October 2006 offering to fill select antibiotics at no charge. That program, which is still in use, covers leading oral generic antibiotics with a special focus on the prescriptions most often filled for children. In 2010, Meijer launched a similar program providing no-cost prescriptions for metformin, the most commonly prescribed drug for type 2 diabetes.

Since its inception, the Meijer free antibiotics program has filled more than 7 million prescriptions, saving families almost $120 million. The free metformin program has helped nearly 500,000 people battle diabetes, at a cost savings of more than $4 million.

“In less than five years, our free antibiotics, pre-natal and diabetes prescription programs have saved our customers nearly $140 million,” said Meijer. “In total, we have helped hundreds of thousands of people throughout the Midwest receive free prescriptions to help them, and their families, lead healthier lives.”