Liposomal bupivacaine (Exparel), manufactured by Pacira Pharmaceuticals, is a long-acting, local anesthetic FDA approved for single-dose infiltration into the surgical site to produce postsurgical analgesia. Efficacy of immediate-release bupivacaine HCl for acute postsurgical pain when administered via wound infiltration is well established; however, Exparel offers the advantage of a longer-acting local formulation that can be administered as a single dose.1,2

The formulation of Exparel allows for a longer duration of action and a slower absorption into systemic circulation, avoiding high plasma concentrations. Local infiltration can result in significant liposomal bupivacaine systemic plasma concentrations for up to 96 hours; however, significant levels are not correlated with local efficacy. The peak plasma concentration (Cmax) of liposomal bupivacaine occurs at 2 hours for a bunionectomy and 30 minutes for a hemorrhoidectomy. After bupivacaine has been released from Exparel and is absorbed systemically, distribution is expected to be the same as for any bupivacaine HCl. The mean elimination half-life of local administration of 106 mg for a bunionectomy is approximately 34 hours and approximately 24 hours for a 266-mg single dose for a hemorrhoidectomy.1-3

Liposomal bupivacaine is intended for single-dose infiltration only. The recommended dose is based on the surgical site and the volume required to cover the area. The maximum dose of liposomal bupivacaine should not exceed 266 mg. Exparel should be injected slowly into soft tissues of the surgical site with frequent aspiration to check for blood and minimize the risk of intravascular injection. The administration of Exparel should be delayed by at least 20 minutes following nonbupivacaine local anesthetics (eg, lidocaine), as they may cause an immediate release of bupivacaine from Exparel.1-3

The average wholesale price (AWP) of a 20-mL vial is $285. Exparel is significantly more expensive per vial than bupivacaine HCl (AWP $1 to $3 per vial.)

Ashley N. Lewis, PharmD, BCPS, is a drug information specialist at University of North Carolina Hospitals (UNCH). She completed her pharmacy training at Virginia Commonwealth University and went on to complete a general pharmacy practice residency followed by a drug information specialty at the Medical University of South Carolina. She is currently the pharmacy and therapeutics secretary at UNCH and manages the day-to-day operations of the Drug Information Center and serves as a clinical assistant professor at the UNC Eshelman School of Pharmacy. 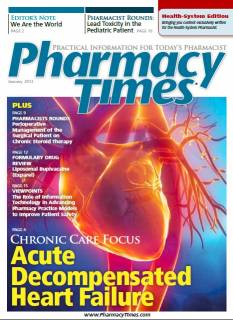