A larger body surface area was linked to an increased risk of atrial fibrillation.

A new study indicates that body size may influence the risk of developing cardiovascular diseases. According to findings presented at EuroPrevent 2017, women who were taller, heavier, and had a larger body surface area were nearly 3 times more likely to develop atrial fibrillation than smaller women.

"Our research has previously shown that a large body size at age 20, and weight gain from age 20 to midlife, both independently increase the risk of atrial fibrillation in men," said study author Annika Rosengren, MD. "In this study, we investigated the impact of body size on atrial fibrillation risk in women."

Included in the study were approximately 1.5 million women who became pregnant at an average age of 28. Information regarding early pregnancy weight, height, age, diabetes, hypertension, and smoking were gathered, as well as hospitalizations related to atrial fibrillation, according to the study.

Patients in the second, third, and fourth highest quartiles were found to have a 1.16, 1.55, and 2.61 times higher risk for developing atrial fibrillation compared with patients in the lowest quartile, according to the study.

"We found that bigger women have a greater risk of atrial fibrillation," Dr Rosengren said. "There was a stepwise elevation in risk with increasing body size. The group with the highest body surface area had nearly three times the risk as those with the lowest body surface area."

The authors noted that BSA is influenced by height and weight. Compared with patients in the lowest quartile, those in the highest quartile were 9 cm taller, 28kg heavier, and had a higher body mass index, according to the study.

These findings may suggest that individuals with larger bodies may be more at risk of developing cardiovascular disease.

"Generally, it's better to be tall because you have less risk of stroke and heart attack, and better survival," Dr Rosengren said. "Taller people are often are better educated, have higher socioeconomic status, and may have received better nutrition at a young age and in the womb. But in this case, being tall is less desirable because it alters the structure of the heart in a way that may be conducive to atrial fibrillation."

However, the authors found that BSA was very low among the young participants included in the study. This could mean that even larger BSA and older age may contribute additional cardiovascular risks for patients, according to the study.

While height cannot be changed, modifying lifestyle factors to reduce BSA may reduce strain on the heart.

“If you are very tall, I think that it could be a good idea to avoid accumulating excess weight,” Dr Rosengren concluded. “That would apply to both men and women.” 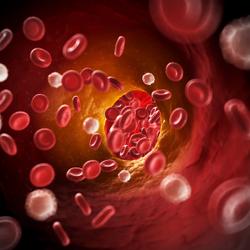 Trends in the ASCVD, LDL-C Management Treatment Landscape in 2022

Assessing the Future of Inclisiran in Clinical, Pharmacy Settings