Many critics have accused Oliver of oversimplifying a complex issue.

“Oversight is so lax that compounding pharmacies have become the wild west of the drug industry,” Oliver said, during his discussion of fraudulent scar and pain creams sold to TriCare, the military’s health insurance program. “Even when there isn’t fraud, it is not rare for compounded medications to be ineffective.”1

Oliver criticized this loophole, pointing out that there is no system to catch pharmacies that are still mass-producing compounded drugs without registering as a 503(B) outsourcing location.1

“At the very least, we need more inspectors at the state level, the outsourcing facility designation should not be voluntary, and compounders should have to alert regulators whenever they [mess] up,” Oliver said.1

In fact, the NECC episode in 2012 led to several provisions in the Drug Quality and Security Act of 2013 to better regulate compounding pharmacies. Among other things, that legislation instructed the FDA to create regulations within parameters set by Congress and to provide customized compounded medications using FDA-approved substances. A memorandum of understanding required under the Act also capped distribution of compounded medications over state lines at 5% for states that did not sign.3

Organizations such as the American Pharmacists Association (APhA) have responded, saying that Oliver left out valuable details in his comedy.

"In the quest for humor, important messages may have been lost in Sunday evening's television rant deriding pharmacists' services," the APhA statement said. "These included that 'compounding pharmacists play an important role in patient care' and 'lots of people need compounding drugs.'"4

The APhA statement continued to say that they support regulation by Congress and the FDA, and that providing access to safe compounded medications is paramount to their members and patients.4

A statement from the International Academy of Compounding Pharmacists (IACP) refuted Oliver’s implication that the challenge of enforcing current legislation equates to the need for more legislation.

“For the very reason that compounders are creating medications that are not FDA-approved, quality, safety and care are paramount to compounders’ success,” the statement said. “The standards we must meet are high, and those who egregiously violate them should lose their licenses.”5

The statement continued: “Regulation works best when it is practical and not so onerous it impedes patient access.”5

Scott Brunner, executive vice president of IACP, reiterated this statement, and added that Oliver seems to have conflated compounding pharmacies with outsourcing facilities. He explained that 503(A) compounding pharmacies use FDA-approved substances to customize medications for patients with specific needs. Pharmacies classified as 503(B), on the other hand, are held to the same standard as outsourcing facilities, which are another category entirely. This nuance, Brummer said, was not captured in what he called Oliver’s “diatribe.”

“What we may have is insufficient endorsement of current regulation,” he said. “In all the examples Oliver pulled out, there were regulations in place, they were good regulations. But they were not enforced.”

Brunner agreed with Oliver that there may be too few state inspectors, and said that’s a start to solving the regulatory concerns. His other suggestion was for regulatory decision-makers to include compounding professionals in the discussion.

“We want to have a seat at the table,” Brunner said. “We believe regulation of compounding is essential, it makes our profession better, and it’s certainly better for patients.”

This article has been updated to include the APhA statement. 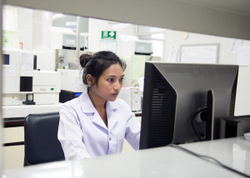 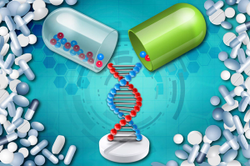