According to the study, published in Infection & Chemotherapy, varicella zoster virus (VZV) is often a self-limited disease in immunocompetent patients; however, it could be fatal for immunocompromised patients, such as organ transplantation recipients.

Theoretically, IVIG could suppress viremia by preventing invasion of VZV into target cells. However, there are few reports on whether IVIG is beneficial in immunocompromised patients with varicella, according to the study. Therefore, researchers examined a case that involved a young adult kidney transplant recipient who had severe varicella with fulminant hepatitis and was successfully treated by intravenous acyclovir (ACV) with adjuvant IVIG.

The case study included a 21-year-old woman who had received a living-related kidney transplant 1 year prior who presented with fever and had a generalized multi-rash for 5 days. She was admitted to another hospital where was diagnosed with chickenpox and had received ACV 10 mg/kg IV every 12 hours for 2 days, according to her estimated glomerular filtration rate of 38 ml/min/1.73m2. However, the fulminant hepatitis progressed and she was referred to the hospital for an emergency liver transplantation.

Her immunosuppressive regimen consisted of tacrolimus 2 mg twice per day, mycophenolate mofetil 1 g twice per day, and prednisone 7.5 mg once daily. Her antimicrobial prophylaxis consisted of trimethoprim/sulfamethoxazole. She had no past history of chickenpox and had received varicella vaccine at 12 months of age.

The patient received empirical antibiotics including meropenem 1 g intravenously (IV) every 12 hours from hospital day (HD) 1 to HD 6, teicoplanin 400 mg IV every 72 hours from HD 1 to HD 3, ACV 10 mg/kg IV every 12 hours according to her estimated glomerular filtration rate of 38 ml/min/1.73m2 from her first to fifteenth hospital day. Because the initial trough levels of tacrolimus were 13.7 ng/mL, the tacrolimus dose was decreased to 1 mg twice a day with a target trough concentration range of 6-8 ng/mL; prednisone dose was decreased to 5 mg once daily, and mycophenolate mofetil was discontinued.

On her second hospital day, the patient’s alanine aminotransferase (ALT) and aspartate aminotransferase (AST) rapidly increased to 7638 IU/L and 3034 IU/L, respectively, and prothrombin time (PT) increased to 25.8 sec. Adjuvant IVIG 500 mg/kg/day was administered from the HD 2-7. The decreasing slope (beta coefficient −0.446) of blood viral load was steeper during the IVIG therapy than after the therapy (beta coefficient −0.123), and VZV glycoprotein IgG titer and VZV-specific T cell response were not detectible during the 5-day IVIG therapy.

On HD 7, her AST and ALT decreased to 265 IU/L and 435 IU/L, respectively, and PT decreased to 16.2 sec; however, platelet count decreased to 6x103/mm3 and serum creatinine increased to 2.49 mg/dL. Her general condition and laboratory findings improved, and she was discharged without any complication on HD 14.

A previous study showed that current IVIG preparations have high levels of VZV-specific immunoglobulin G (IgG) despite waning immunity to VZV in the general population due to the lack of circulating virus. However, there are few data on whether IVIG can suppress viremia by neutralizing VZV.

Despite continuous ACV infusion, the slope of blood viral load was steeper during the 5-day IVIG infusion than that after the infusion. Furthermore, the study showed that VZV-specific T cell and antibody responses were not mounted up to the end of the IVIG infusion, which means that the patient's own immune response was not yet able to control the disseminated VZV during IVIG therapy, according to the study. Previous studies have shown that VZV-specific IgG antibody is detected in most patients within the first 4 days after the onset of rash. In addition, viral load in peripheral blood in patients with varicella rapidly declined 1 week after the onset of symptom.

The study authors believe that the immunocompromised status may have contributed to the delayed antibody response and viral clearance in this patient and that this case provides important experimental evidence that adjuvant IVIG can significantly reduce viral load kinetics in immunocompromised patients with severe varicella.

How Specialty Pharmacies Can Increase Visibility on the Shipment of Critical Patient Medication, Ensure On-Time Delivery 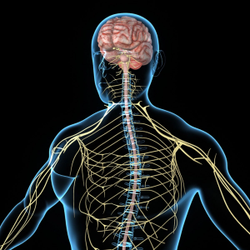