The investigational therapy RBX2660 has demonstrated positive trends in efficacy and safety for reducing recurrent Clostridioides difficile (C. difficile) infection over 6 months, in a recent study.

The investigational microbiota-based live biotherapeutic RBX2660 has demonstrated positive trends in efficacy and safety for reducing recurrent Clostridioides difficile (C. difficile) infection over 6 months, in a recent study. According to Rebiotix and Ferring Pharmaceuticals, interim data from the phase 3 open-label clinical trial is consistent with previous findings in the comprehensive RBX2660 clinical development program.

C. difficile is a bacterium that causes debilitating symptoms such as severe diarrhea, fever, stomach tenderness or pain, loss of appetite, nausea, and colitis. This bacterium causes up to an estimated half a million illnesses annually in the United States and is considered an urgent threat to public health by the CDC. C. difficile can lead to severe complications, including hospitalization, surgery, sepsis, and death.

At the time of the interim analysis, 75% of participants whose treatment outcomes could be analyzed (n=60) were free of C. difficile infection at 8 weeks, according to Rebiotix. Among patients with treatment successes who also reached 6-month follow-up (n=27), 74% remained symptom-free. About half (49%) of patients reported treatment-emergent adverse events (TEAEs). The most common TEAEs were mild to moderate gastrointestinal. These preliminary findings build on, and support, the data from the phase 3 PUNCH CD3 randomized, placebo-controlled trial.

According to Rebiotix, the RBX2660 program is the largest and most robust clinical program ever conducted in the field of microbiome-based therapeutics, including 6 trials with more than 1000 patients. In addition to the interim 6-month efficacy and safety seen in the PUNCH CD3-OLS trial, the phase 2b double-blind, randomized, placebo-controlled PUNCH CD 2 trial (NCT01925417) and the phase 2 PUNCH Open Label study (NCT01925417) showed clinical response for up to 2 years post treatment.

“Our clinical program is the only one to capture consistent evidence over 6 clinical trials, repeatedly demonstrating the efficacy and safety of RBX2660,” said Ken Blount, chief scientific officer, Rebiotix and vice president of Microbiome Research, Ferring Pharmaceuticals, in a press release. “The interim results of the PUNCH CD3-OLS, which encompasses [patients with recurring C. difficile] that clinicians see in their daily practice, confirm the consistent safety we’ve seen with RBX2660 over the course of this development program. We believe RBX2660 could help tens of thousands of people who experience recurrent C. difficile infection every year. These data are a crucial demonstration of RBX2660’s potential.”

Study data and findings were presented at the virtual Digestive Disease Week 2021, May 21-23. 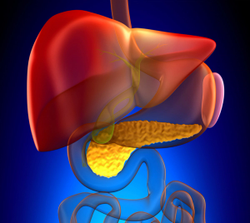