There will likely be more inhalers and nasal sprays popping up in the generic market over the next few years.

There will likely be more inhalers and nasal sprays popping up in the generic market over the next few years. As more patients receive diagnoses of restrictive respiratory diseases, such as asthma and chronic obstructive pulmonary disease, and overall health care remains costly, patients are likely to gravitate toward more generic offerings. The generic market outlook is continuously promising for prescription medications for respiratory diseases, and the low cost of generic drugs offers substantial room for growth in this growing industry.

A report released by Transparency Market Research (TMS) shows a push in growth for these generic prescription medications by 2023, ultimately reaching just over $35 billion. As a whole, the generic industry has seen explosive growth, primarily due to patent expirations opening a window for the introduction of generics. In particular, the inhalation and nasal drug spray market is forecasted to grow considerably.

The major drug classes of generic inhaler and nasal sprays include corticosteroids, bronchodilators, antihistamines, combinations, and decongestant sprays. Combination inhalers and nasal sprays are expected to continue to dominate sales and revenue until 2023. Due to the costly and often lifelong burden of respiratory diseases, the increasing number of affected patients will likely drive revenue for associated treatments that fill an opening in the generic market. According to Healthy People 2020, significant disparities in asthma morbidity and mortality exist, particularly in low-income and minority populations, causing these individuals to gravitate toward more cost-effective options.

The TMS report expects the inhalation and nasal sprays generic drug market to be valued at nearly $24.5 billion, and for the market to reach $35.4 billion in 2023. Although generic inhaler and nasal sprays are dominating in North America and Europe, in particular, the Asia-Pacific market is the fastest growing. Coupled with an evolving health care industry and high population density, Asia Pacific is slated to become a major player.

But, with higher production rates of these drugs comes greater concern over the quality of medications being introduced into the market. Generic manufacturers may be hindered somewhat in growth by government quality control efforts, where emerging economies are cracking down with more stringent regulations and standards for generic medications in response to increasing drug production. As generics continue to flourish in developing commercial markets, acceptance and approval standards are becoming more regulated. “Quality is quickly becoming a primary cause for concern for inhalation and nasal spray generic drugs in developing economies,” said a TMR analyst. “The integrity of generic inhalers is being questioned in most of the emerging economies in the world due to the sheer number of companies coming forth with their versions of generic inhalation and nasal spray generic drugs.”

Although quality control will be a focal point in regulating the amount of generics being produced, increasing rates of patients with potentially fatal respiratory diseases will ultimately allow the steady rise of generic drug sales to continue. Contributing factors, such as environmental pollution, increasing global tobacco use, and the lack of cures for these diseases, drive the need for these medications. In a high-cost health care industry, generic drugs offered at comparatively lower prices will allow major players to reel in the revenue. 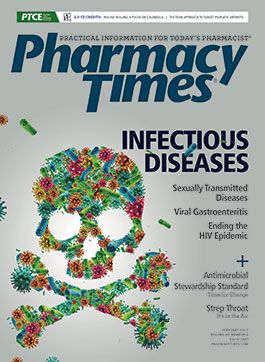 Exploring the Role of Natural Treatments in Wound Healing: A Focus on Calendula
The Role of the Pharmacist in Natural Treatments for Wound Healing: A Closer Look at Calendula
Case Studies (February 2017)
Can You Read These Rxs? (February 2017)
Pet Peeves (February 2017)
Inhalation and Nasal Spray Generics on Track for Rapid Market Growth
Generic Product News (February 2017)
Will US Senate Address Pay-for-Delay Agreements?
How One Student Is Improving Patient Health and the Pharmacy Profession
Pharmacogenetics in Psychiatry: Misconceptions, Challenges, and Successes
Infection Hospitalization Could Increase Suicide Risk
Lawful Search and Criminal Charges for Not Registering as a Manufacturer?
Securing Medicine Cabinets: How Pharmacists Can Help
Strep Throat: It's in the Air
Antimicrobial Stewardship Standard: Time for Change
Related Videos
Related Content