Only 15% of those at risk are currently using PrEP.

In 2014, the CDC released recommendations for universal screening of all patients for HIV risk factors. It also recommended initiating oral PrEP (tenofovir-disoproxil fumarate/emtricitabine and tenofovir alafenamide/emtricitabine [TDF/FTC]) for eligible patients. The United States Preventive Task Force reinforced this policy in June 2019 with a grade A recommendation that clinicians offer PrEP to those who have a high risk of obtaining HIV.

Only 15% of those at risk are currently using PrEP. The annual number of new HIV infections in the United States has been fairly stable since 2010. This trend over the last few years can be directly related to inadequate prevention outreach for high-risk groups.

The Veterans Health Administration is the largest provider of HIV care in the United States. It is also the largest single provider of health care services to the homeless population. People who are homeless have worse health outcomes and higher mortality rates than the general population. Those who are homeless have 27-fold higher independent odds of death compared to those who have housing.1

The VA of Greater Los Angeles Healthcare System served approximately 3600 homeless veterans at 3 Homeless Patient Aligned Care Team (HPACT) clinics from September 2018 to August 2019. Researchers from the VA and the David Geffen School of Medicine at UCLA assigned a group of 23 clinic staff and trainees to determine baseline awareness, knowledge, and attitudes about HIV risk behavior and prescribing PrEP. Results of the study published in the Journal of Primary Care & Community Health showed low utilization of PrEP, with only 8% of eligible veterans currently prescribed PrEP. 2

Only 22% of providers participating in the study stated they were comfortable talking about PrEP with patients. Some barriers included inadequate knowledge to answer patient questions or total lack of awareness of PrEP. After 3 months of educational training developed by the quality improvement team, the percentage of staff that was able to accurately identify patients who qualify for PrEP increased from 30% to 55%. The number of PCPs who felt comfortable talking about PrEP with patients increased from 22% to 40%.2

PrEP is an extremely important HIV prevention tool and is currently underutilized in high-risk populations especially those suffering with homelessness. Health care systems should focus on reducing patient barriers to PrEP access including specialist referrals, cost, patient education, and inconvenience of additional appointments. Expanding the capacity of primary care to provide PrEP and other HIV prevention strategies is crucial to end the HIV epidemic, especially individuals suffering with homelessness.

Aaron Wang is a 2020 PharmD candidate at the University of Connecticut in Storrs. 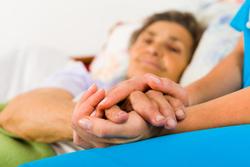 Moderate Alcohol Use Linked with Higher Cancer Risk in WHO Study