Increased Restriction of Codeine Use in Children Needed

The American Academy of Pediatrics urges cessation of codeine use in children due to severe risks.

A recent report suggests that codeine may be too risky for patients under 18-years-old, causing the American Academy of Pediatrics to urge both parents and healthcare providers to stop prescriptions of the drug for this group.

They are also calling for additional education regarding risks and restrictions on codeine use in young patients. The new report, published by Pediatrics, finds that codeine use in pediatric patients could potentially cause dangerous, and even fatal breathing reactions; however, the painkiller continues to be used in these patients.

Codeine is commonly found in both prescription and over-the-counter cough medications. The drug is converted into morphine by the liver, which may be dangerous for certain patients while providing relief for others.

Since children are “ultra-rapid metabolizers,” they can experience more severe effects from the drug compared with an adult. Documented complications include slowed breathing or even death from a standard dose of the drug, according to the American Academy of Pediatrics.

Other organizations such as the FDA, and the World Health Organization have previously expressed concerns with children receiving codeine. Yet, the drug is still widely-available over-the-counter, and in pharmacies for this population in a majority of US states.

Clinical benefits of codeine as an antitussive agent have not been proved in children, according to the report. It is also commonly prescribed to children after surgical procedures.

Documentation of adverse events has been well-documented, including 64 cases of respiratory depression, and 24 deaths were reported to the FDA’s Adverse Event Reporting System from 1965 to 2015.

More than 800,000 patients younger than 11-years-old were prescribed codeine between 2007 and 2001, according to the report. The most frequent prescribers of a codeine/acetaminophen formulation were otolaryngologists, making up 19.6% of prescriptions. Dentists accounted for 13.3% of the prescriptions.

Pediatricians and general practitioners accounted for 12.7 and 10.1% of the prescriptions, respectively. The report also discusses alternative analgesic options for young patients that are less dangerous than codeine, such as oxycodone, hydrocodone, tramadol, and others.

For these patients, however, very few safe and effective treatment options exist. Increased knowledge about the potential effects and increased restrictions are needed to prevent adverse events in young children, the report concluded. 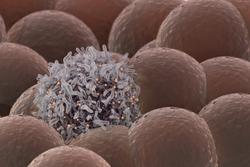 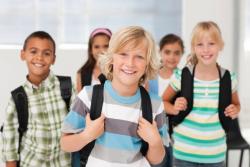