In 2015, Arkansas passed Act 900, which requires pharmacy benefit managers (PBMs) to reimburse the state’s pharmacies at a price equal to or higher than the pharmacy’s wholesale cost.

PBMs determine the rate of reimbursement for each drug by administering maximum allowable cost (MAC) lists. In short, Act 900 requires PBMs to update their MAC lists when drug wholesale prices increase and to provide pharmacies with a process to challenge MAC reimbursement rates. Additionally, Act 900 allows pharmacies to refuse to sell a drug if the reimbursement rate is lower than the acquisition cost.

Before Act 900, PBMs were alleged to reimburse pharmacies at less than their cost to acquire a drug. Pharmacies argued that such economic pressures were not sustainable and undertook efforts to pass the new legislation in the form of Act 900.

The Pharmaceutical Care Management Association (PCMA) sued Leslie Rutledge in her capacity as Arkansas attorney general, alleging that Act 900 is preempted by the Employee Retirement Income Security Act of 1974 (ERISA). A federal district court held that ERISA preempts Act 900, and the Eighth Circuit Court of Appeals affirmed the lower court decision. The US Supreme Court reversed both lower courts and remanded the case to be administered in accord with its opinion. Justice Sonia Sotomayor delivered the opinion of the court, in which all other members joined in an 8-0 opinion. Newly appointed Justice Amy Coney Barrett took no part in either consideration or decision of the case. Justice Clarence Thomas filed a concurring opinion.

The court observed that ERISA preempts state laws that “relate to” a covered employee benefit plan. However, the court noted that Act 900 does not have an impermissible connection with an ERISA plan. In making the determination, the court asked whether the state law in question governs a central matter of plan administration or whether it interfered with plan administration. The court said state regulations such as Act 900 that merely increase costs or alter plan incentives without forcing such plans to adopt changes in substantive coverage are not preempted by ERISA. The court added that Act 900 makes no reference to ERISA and that the effect of Act 900 on plans is limited to scenarios only when PBMs pass along higher pharmacy rates to plans with which they contract.

The PCMA argued that Act 900 has an impermissible connection with an ERISA plan, because its enforcement directly affects central matters of plan administration and that it interferes with national uniform plan administration. The court disagreed. In considering the PCMA’s arguments, the court summarized its response by stating that if it were to adopt the association’s viewpoint, then all suits under state law would be preempted, which the court stated was not its precedential position. The court’s position is that Act 900 does not govern central matters of plan administration if it requires plan administrators to comply with a process to determine how much is owed to a PBM. The court added that the responsibility for offering a pharmacy a below-acquisition reimbursement lies with the PBM and does not interfere with central plan administration matters. Finally, the court noted that any operational inefficiencies caused by Act 900 are insufficient to trigger preemption, even if plans are forced to limit benefits or charge plan members a higher rate.

“We are disappointed in the court’s decision that will result in the unraveling of federal protections under the Employee Retirement Income Security Act of 1974,” the PCMA said in a statement. “As states across the country consider this outcome, we would encourage they proceed with caution and avoid any regulations around prescription drug benefits that will result in higher health care costs for consumers and employers.”

Scott J. Knoer, PharmD, MS, the CEO and executive vice president of the American Pharmacists Association, reflected on the decision in a statement, saying, “This is a great day for pharmacists and their patients. For years, PBMs have threatened the sacrosanct relationship between pharmacists and their patients and have never been forced to answer to any authority for their actions. This opinion redresses that imbalance and returns the power to protect the interests of patients to the states and other local authorities, where it belongs.”

The decision stunned many stakeholders who have been battling for years over reimbursement rights and provider terms. The landscape of reimbursement will now be shaped by states seeking to enact legislation like that of Arkansas’. The overall economic impact on the health care system remains an open question.

NED MILENKOVICH, PHARMD, JD, is the cochairman of the health care practice at Much Shelist, PC in Chicago, Illinois, and the former vice chairman of the Illinois State Board of Pharmacy. 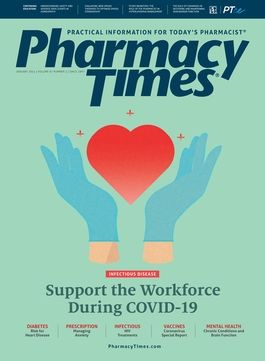 Let’s Take Care of Ourselves This Season
High Court Rules on Reimbursement Opinion in Battle Between PBMs, Pharmacies
Spot Heart Failure a Mile Away
Legislation Aims to Protect Children With Severe Allergies
Managing Inventory Well Is a Critical Function
OTC Cases: Influenza
Pharmacists Play an Essential Role in Managing Hypertension
CE: PCSK9 Inhibitors: The Role of the Pharmacist in Identifying and Addressing the Clinical and Economic Barriers for the Treatment of Hyperlipidemia
Interactives: Case Studies (January 2021)
Chronic Conditions Affect Brain Function
CE: The Role of Ceramides in Restoring and Maintaining Skin Barrier Function in the Treatment and Prevention of Common Dermatologic Conditions
Reformulated Generic Could Accelerate COVID-19 Recovery
The Science of Opioids: Evaluating New Therapies to Optimize Opioid Stewardship
Wrong-Route Errors With Tranexamic Acid Can Be Serious
Study: HIV Diagnosis Does Not Change Outcomes in Hospitalized Patients With COVID-19
Related Videos
Related Content