The development of hemolytic anemia was found to be a side effect of treatment with high doses of IVIG in a study published online in December 2014 in Neurology, Neuroimmunology & Neuroinflammation.

The study involved a retrospective analysis of 4 patients with Guillain-Barré syndrome (GBS) and 1 patient with Miller Fisher syndrome (MFS) who were treated from 2012 to 2013. All patients received a total dose of at least 4 g/kg IVIG, which is the equivalent of 2 standard treatment courses administered in less than 2 weeks.

None of the GBS patients responded initially, which prompted a second course of treatment, while the MFS patient inadvertently received a high dose.

Two of the 3 patients who developed hemolytic anemia experienced full neurologic recovery. In addition, the patients with O blood type did not have evidence of hemolysis.

“We propose that risk of IVIG-related HA is increased with high doses, significant in non-O blood types, and more likely to occur when administered over a short interval (ie, <2 weeks),” the study authors concluded. SPT 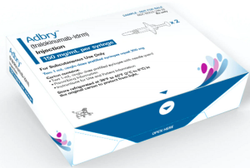