Toll-like receptor 4 (TLR4) variants may play a role in chronic plaque type psoriasis and psoriatic arthritis, according to a study published in the Archives of Dermatological Research on February 1, 2016.

The study was completed by Richard Warren, of the Dermatology Centre at Manchester University, in Manchester, UK, and colleagues.

According to the authors, “Family studies have provided incontrovertible evidence in support of an underlying genetic component to the aetiology of psoriasis.”

However, they say, “it is widely accepted that a considerable portion of the disease’s heritability remains unidentified.”

TLRs are expressed in the skin, and it is known that they behave differently on psoriasis skin compared to uninvolved skin. Additional studies have shown that single nucleotide polymorphisms (SNPs) within TLR4 specifically have been linked to several autoimmune conditions, including psoriasis.

With that in mind, the researchers set out to investigate “polymorphisms across the gene with a high-density SNP panel in a cohort of 2826 UK patients with chronic plaque type psoriasis.”

Of the 2826 study participants, “1839 had confirmed psoriatic arthritis with the status in the remainder unknown,” said the researchers. Among those for whom the age of onset was known, 861 were considered early onset, and 423 were late-onset.

The researchers were able to successfully genotype 20 SNPs.

“Notably, rs4986790 is a missense variant located in exon 3 of TLR4 (chormosome 9) and encodes an aspartic acit to glycine substitution (Asp229Gly),” the researchers reported.

They go on to say that rs4986790 has been shown to alter the ability to respond to environmental stressors, and suggest that the variant “may have a role in different manifestations of the disease, such as psoriatic arthritis and early onset compared to late-onset, as psoriasis is known to have a wide range of environmental triggers.”

Although this study has several limitations, and the researchers say “the associations reported in our data should be treated with caution,” they note that a functional missense variant in TLR4 shows significant association with both psoriasis and psoriatic arthritis. They suggest that further research to validate these associations is warranted. 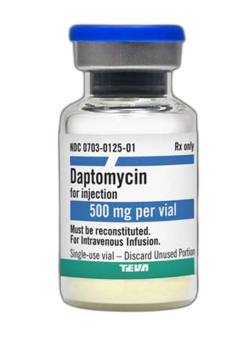