Community pharmacies should remain vigilant to ensure access at fair cost and reimbursement in this marketplace.

About 90% of our more than 4 billion prescription fills each year are affordable and widely available medications comprising just 20% of the national drug spend. Generics have been a staple of community pharmacy practice and profitability for many decades and now represent the entirety of patient care for most patients. Yet generics manufacturing, distribution, and pharmacy dispensing face several disruptive forces that could both negatively and positively influence nearly every part of the pharmacy sector.

ORIGINS OF GENERICS CALLED INTO QUESTION

Historically, India and Israel have been mainstays in generics manufacturing, but recently, China has taken over much of the world’s production capacity. Not long ago, an NBC News article quoted retired intelligence analyst Brig. Gen. John Adams as saying, “Basically we’ve outsourced our entire industry to China.”1 Notably, the article was published on September 12, 2019, before the coronavirus disease 2019 (COVID-19) pandemic. Also of interest, Rosemary Gibson, the author of the seminal work on the topic, China Rx, pointed out that the last facility to produce penicillin in the United States closed in 2004. When chloroquine and related medications were thought to improve survival from COVID-19, there was an immediate concern about hoarding, with countries that produced the drugs cutting off existing supplies and keeping them for themselves. COVID-19 has shined a more intense light on the United States’ exceptionally high level of nondomestic dependence on generic drug ingredients and drug product manufacturing. The topic is no longer confined to discussion among policy wonks alone but has now hit the mainstream. What policies would result from a call to bring manufacturing home as a matter of national security?

Civica Rx was founded in late 2018 in response to frustrations from health care systems of chronic and repeated drug supply shortages. Whether as a result of market manipulation or other unanticipated or unintended reasons, drug shortages for critical medications have become more frequent of late. At the time of its founding, the not-for-profit Civica Rx raised capital from 7 large not-for-profit health care systems and 3 private not-for-profit foundations, all of them not-for-profit entities. The company cited “onshoring” capabilities and being able to anticipate and respond to drug shortages and spikes in pricing as motivations for its formation. Less than 2 years later, more than 1200 hospitals are part of the partnership, accounting for about 30% of the nation’s hospital beds. This year, Civica Rx partnered with the Blue Cross Blue Shield Association to create a subsidiary to serve Blue Cross Blue Shield companies across the country. The company then initiated a partnership with Kaiser Permanente, adding the influence of more than 12 million patients served by tens of different select generics, many of which are being used to treat COVID-19.

In the meantime, a dozen or more generics manufacturers have been embroiled in wide-ranging and ever-evolving antitrust actions. Nearly every state has now sued these manufacturers for bid rigging and price fixing, and recent settlements have broken records. Sandoz agreed to pay $195 million in fines in March, and new settlements with various other manufacturers are emerging each month, including cooperation agreements. Expect more actions and findings to emerge, with some smaller manufacturers declaring bankruptcy or failing.

With specialty pharmacy now constituting 50% of all drug spending on just 2% of the fills, generics’ entry into the biologics and specialty market space will have tectonic ramifications. Biologics of all types are the latest tools in our collective health care intervention arsenal with some of the most promising, life-saving products. They are also the most recent drugs to go through the inevitable fights to manage the entry of generics and prolong market protection, so that capital can remain to drive new, innovative products. Humira’s $20 billion market presence provides much motivation for protection on the part of the manufacturer, but also on that of Congress, insurers, and patient advocates, who have waited for prices to fall ever since adalimumab’s first patent expired in 2016. The drug is the latest example in the continuing market tensions between the need to bring down health care costs and to fuel new and original products.

For community pharmacies, much of this seems like palace intrigue from afar, but it affects their daily operations and sustainability directly and dramatically. The generics marketplace has direct effects on availability regarding patient care, carrying costs, invoice prices, and narrow networking. It has indirect effects on pharmacies through rebates, direct and indirect remuneration, and other pricing schemes, such as maximum allowable cost. Additionally, it now represents both an opportunity and a threat for disintermediation through “giveaway” plans or subscriptions that use the more than 300 “penny” drugs to add to somebody else’s product or service, such as with direct primary care or even as stand-alone noninsurance plans.

PAY ATTENTION, AND MAKE SURE ADVOCACY EFFORTS ARE AT THE READY

The generics marketplace may seem boring on the surface, but it represents some of the most fast-moving and market-changing actors, events, and strategies throughout the health care system. Community pharmacy needs to remain vigilant to continue to ensure fair access at fair cost and reimbursement in the marketplace as the influencers in the space go well beyond community pharmacies’ traditional reach.

Troy Trygstad, PharmD, PhD, MBA, is vice president of pharmacy programs for Community Care of North Carolina, which works collaboratively with more than 1800 medical practices to serve more than 1.6 million Medicaid, Medicare, commercially insured, and uninsured patients. He received his PharmD and MBA degrees from Drake University and a PhD in pharmaceutical outcomes and policy from the University of North Carolina. He also serves on the board of directors for the American Pharmacists Association Foundation and the Pharmacy Quality Alliance. 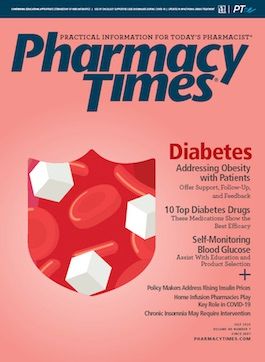