Advancements and Updates in Therapies for CLL - Episode 6

Alison Duffy, PharmD, BCOP: In terms of thinking through all these trials and guidelines, what have you seen in practice in terms of the most common first-line therapies in those treatment-naïve patients?

Cody Steeves, PharmD, BCOP: As a specialty pharmacy, we are not involved in the actual decision-making process of first-line therapy, however, I think we do see all 3 of them. We're seeing a lot more acalabrutinib now, I think, as a specialty pharmacy, but we're seeing all of them used, a lot of ibrutinib probably because it's the oldest one that's been approved in that first-line setting.

I think old habits die hard. Doctors are still using it. They're still getting great efficacy out of it, so why stop? When something is working well for you, why ruin a good thing? We definitely see that. We see venetoclax, and we don't dispense the IV [intravenous] therapy, but we do speak with our patients if they're receiving a combination, and many of them are, we keep an eye on them for that.

But we do tend to see those 3 oral agents as our primary first-line therapies for treatment-naïve patients these days, as well as switching back and forth to the other ones, if and when they become refractory or intolerable, and anything in between, in that setting as well.

Alison Duffy, PharmD, BCOP: Yes, I would agree that it used to be chemoimmunotherapy for everybody, and then more patients were just using ibrutinib for frontline, and now we're really seeing the use of all 3 of the oral agents that we talked about.

I think you're right, ibrutinib, we have the most data for it, we have the most experience, so I think based on my institution's experience, ibrutinib is still preferred as the first-line agent from what I've seen, unless if a patient has other reasons that they wouldn't be a candidate, such as their cardiac history being prohibitive.

It's important to think about what we already talked about, that the data for venetoclax and acalabrutinib are not as mature as for ibrutinib. But certainly thinking of those other patient factors that would exclude the patient from being the best candidate for ibrutinib, I think is really important.

We’re seeing less and less of those chemoimmunotherapy combinations without the oral therapy. Also, because we're using fewer of those chemotherapy options, we're seeing far fewer admissions to the hospital for neutropenic fever, such as when patients got the bendamustine, rituximab [BR] regimen, and they would have substantial, prolonged myelosuppression, and get admitted for neutropenic fever.

So, far less use of that leads to far fewer admissions and emergency visits, which is great. If we see patients who are admitted, it might be for a cardiac complication, or if they have to be admitted because of starting venetoclax because of tumor lysis reasons.

Cody Steeves, PharmD, BCOP: I agree. I think some of our patients who have had this disease for longer, maybe they're using these oral agents in the second line, have already taken that FCR [fludarabine, cyclophosphamide, rituximab] or the BR [bendamustine, rituximab], they're often the ones who are most worried about starting this therapy, because they remember what chemotherapy was like 6 or 7, 8 or 10 years ago when they first took their IV agents.

It takes a lot of reassuring them that the average patient is going to tolerate this much better than those lines of therapy, and you're not going to lose your hair and have the excessive stomach adverse effects and things like that.

Advancements and Updates in Therapies for CLL 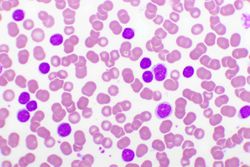