IPX203 is a novel, oral formulation of carbidopa/levodopa extended-release capsules.

The FDA will review a New Drug Application (NDA) for IPX203 for the treatment of Parkinson disease (PD).

IR granules are comprised of CD and LD plus a disintegrant polymer to allow for rapid dissolution. ER beads consist of LD coated with a sustained release polymer to facilitate slow release of the drug, a mucoadhesive polymer to adhere the granules to the area of absorption for a longer period of time, and an enteric coating to stop the granules from premature disintegration in the stomach.

“The FDA filing acceptance of IPX203 marks another important milestone for Amneal as we strive to improve the lives and care of people living with Parkinson’s disease,” said Gustavo Pesquin, chief commercial officer, Amneal Specialty, in a press release. “We look forward to engaging in conversations with the FDA as we advance the application. We believe the data in our RISE-PD study supports the important benefit IPX203 can offer to this community by providing longer duration of symptom control with the benefit of fewer doses.”

The NDA was based on data from the multicenter, double-blind, parallel-group RISE-PD trial, which evaluated the efficacy and safety of IPX203 CD/LD extended-release capsules vs immediate-release CD/LD in the treatment of patients with PD who have motor fluctuations.

The baseline for all endpoints was week 7, with nausea being the most common adverse event and greater than immediate-release CD/LD.

The primary endpoint of the trial assessed the change from baseline in “good on” time in hours per day at the end of the double-blind treatment period, which is defined as the sum of “on” time without dyskinesia and “on” time with non-troublesome dyskinesia. 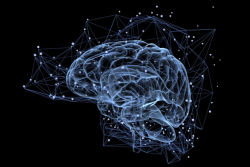