Pioglitazone may increase a patientâ€™s risk of developing bladder cancer.

While these medication labels already contain warnings about the risk of bladder cancer, new label updates that include data from additional studies were approved by the FDA.

The original alerts were made public in September 2010 and June 2011 based on interim results from a long-term safety study. In August 2011, the labels of pioglitazone-containing medications were changed to inform individuals about the increased cancer risk.

At that time, the FDA also required manufacturers to modify and continue the 10-year epidemiologic study to provide further information about the risks, according to the press release.

The FDA also reviewed other published studies that analyzed the risk of developing bladder cancer in patients taking pioglitazone. However, those studies showed varied results. Certain trials showed no increased risk for bladder cancer, while others showed an increased risk during the trial period, but not during the follow-up period.

Other studies using animal models showed an increase in bladder cancer when exposed to pioglitazone, according to an FDA report issued in 2010.

While the findings do not definitively conclude that pioglitazone increases the risk of bladder cancer, the FDA feels there is enough evidence to confirm their original findings, according to the press release.

Pioglitazone, which is currently indicated in patients with type 2 diabetes to improve blood glucose control, works by increasing the body’s sensitivity to insulin.

The FDA is now recommending that physicians and prescribers avoid treating patients with bladder cancer with pioglitazone-containing drugs. They also suggest healthcare professionals should consider alternative options for patients who have previously had bladder cancers.

If patients experience any signs or symptoms of bladder cancer after starting treatment with a pioglitazone-containing drug, they should contact their healthcare professional. Symptoms include: blood or red in the urine, new or worsening urge to urinate, or pain when urinating, according to the FDA.

The FDA also recommends that healthcare professionals and patients who are experiencing adverse events related to the drugs should report them to the FDA’s MedWatch Safety Information and Adverse Event Reporting Program. 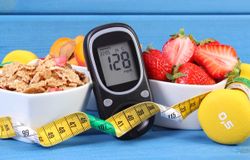