“These new therapies allow for treatment without some of the traditional chemotherapy agents.”

In the Pharmacy Times ® Directions in Oncology™ Insights series on chronic lymphocytic leukemia (CLL), experts Alison Duffy, PharmD, BCOP, and Cody Steeves, PharmD, BCOP, discussed current treatment recommendations and what is next for the disease state.

CLL is a rare cancer of the blood and bone marrow, and although it is difficult to treat many advances have been made in the past 6 years, said Duffy, an associate professor, clinical pharmacy specialty in oncology at the University of Maryland School of Pharmacy.

Without the use of single-agent chemotherapies or single-agent monoclonal antibodies, Duffy said pharmacists can see patients with CLL in many settings.

“Using those as single agents, or more commonly in combination, that’s where the pipeline and future directions are really moving towards, with combination therapy as well as more potent, more selective, targeted therapies,” she said.

According to recommendations from the National Comprehensive Cancer Center (NCCN), Duffy said some current frontline treatment agents include ibrutinib, venetoclax plus obinutuzumab, acalabrutinib with or without obinutuzumab, and chemo-immunotherapy, when warranted.

“Some of the things that I would think about would be age, fitness, comorbidities such as atrial fibrillation, and renal function if I was going to give something like fludarabine within the FCR [fludarabine, cyclophosphamide, and rituximab] regimen,” Duffy said.

She added that considering patient preferences and clinical experiences is important. Some patients may not be great candidates for oral therapy due to a lack of access, finance, comfort level, or adherence challenges. Similarly, transportation might be an issue for patients receiving intravenous chemotherapy and should be considered.

The experts also turned their attention to minimum residual disease (MRD) testing and how it affects the use of limited duration therapy. MRD testing is particularly helpful for diseases that require stronger treatments, Steeves said. He explained that some data has found that obtaining a low or negative MRD corresponds with significantly increased progression-free survival compared with medium or high levels of MRD. However, patients receiving oral agents, especially single-agent BTK inhibition alone or with a CD20 inhibitor, are not expected to achieve MRD. Despite the lack of MRD, Steeves said these agents can be valuable.

“Even though we’re not seeing those deep remissions with MRD negativity, undetectable MRD, we certainly are still seeing a large benefit of using these agents without that,” Steeves said.

Steeves, clinical oncology pharmacist, Biologics by McKesson, also emphasized the importance of a patient-specific treatment plan. Some patients may want to take the drug for as short a period as possible, while others find that it does not disrupt their daily lives to a large extent because they are already receiving multiple medications.

Finally, Duffy and Steeves turned their attention to BTK inhibitor monotherapy for patients with newly diagnosed CLL. Ibrutinib, a new BTK inhibitor, was investigated in the RESONATE trial (NCT01578707), which found long-term benefit of the drug upon 6-year follow-up. The trial also established ibrutinib as the first-line choice for older patients and those without a 17P deletion, thereby demonstrating significant progression-free survival benefit among those high-risk subgroups. However, Duffy noted that ibrutinib is not for everybody.

“If you have a patient with uncontrolled atrial fibrillation, who has a high risk of bleeding that can’t be mitigated, or uncontrolled hypertension despite optimizing therapy management, ibrutinib wouldn't be my first choice,” Duffy said.

Although the various treatments all need to be evaluated based on unique patient needs, the recent developments for the treatment of CLL are very promising and exciting, Duffy concluded.

“We’re getting to have a better understanding of CLL biology and some of the prognostic indicators,” Duffy said. “These new therapies allow for treatment without some of the traditional chemotherapy agents.”

THE PHARMACY TIMES® DIRECTIONS IN ONCOLOGY™ INSIGHTS SERIES ON CLL CAN BE VIEWED AT WWW.PHARMACYTIMES.COM/INSIGHTS. 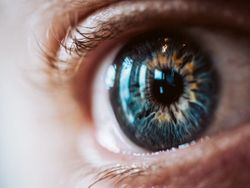