Eliminating Hepatitis B and C in the United States

Researchers consider whether eradicating HCV and HBV is an obtainable goal given the high cost of antiviral drugs.

A new report from the National Academies of Sciences, Engineering, and Medicine discussed the possibility of eradicating hepatitis B virus (HBV) and hepatitis C virus (HCV) in the United States.

These 2 diseases kill approximately 20,000 people per year in the United States alone.

The report authors said that the best way to eliminate HBV and HCV is to end their transmission and prevent symptoms in those already diagnosed.

Hepatitis B and Proposed Solutions

HBV is transmitted from mother to child, infected blood, or unprotected sex.

Eliminating this disease would be possible through universal immunization, according to the report.

The HBV vaccine offers 95% immunity and is administered in 3 doses. Though this vaccine has an extremely high immunity rate, only 64% of infants receive the vaccine within 1 day of birth.

Vaccination of adults can be difficult since an immunization system does not exist after school age. A possible remedy that the study authors suggest is to make the vaccine readily available in prisons or sexually transmitted disease clinics.

Identifying infected pregnant women would be needed in order to stop mother-to-child transmission. This would allow for early treatment of the child.

Unfortunately, there is no vaccine for HCV, so prevention is very important.

The study suggests that curing infected injection drug users could drop the disease prevalence anywhere from 20% to 80%.

HCV, however, can be cured in about 8 to 12 weeks with new, direct-acting antiviral drugs that cure 94% to 99% of patients.

Given the high cost, Medicaid and other insurers restrict the drug to only the sickest of patients.

The study authors said that individuals at the most immediate risk of death are not always the ones transmitting the virus. Those at risk for cirrhosis tend to be older and less likely to pass the virus through drug use, sexual contact, or child birth.

Problems with the Proposed Solution

According to the study, most local and state health offices are not able to identify the infections.

Five states and 2 large cities have received funding for hepatitis surveillance. If infected individuals are not identified, it is much more difficult to determine who faces the greatest risk.

Another issue is the stigma that comes with a diagnosis, the fear of which may cause patients to shy away from testing.

Perhaps the largest roadblock being faced is that approximately two-thirds of individuals with HBV and half of people with chronic HCV do not know they have the disease.

A large reason for this is that both diseases do not show any signs or symptoms until later stages.

Most new cases of HBV are seen in foreign-born people who may experience a social or language barrier when attempting to access care.

Most new cases of HCV tend to be seen in people who are from a lower income area and are less educated than the average person. Many are injection drug users.

Treatment of HCV in prisons is promising, but the antivirals are costly and would be very time consuming, the study concluded. 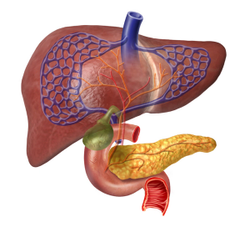