Dolutegravir (Tivicay), manufactured by GlaxoSmithKline, is a recently FDA-approved HIV-1 integrase strand transfer inhibitor (INSTI) indicated for use in combination with other antiretroviral agents for treatment of HIV-1 infection in adults and children 12 years and older weighing at least 40 kg.1 Tivicay is considered to be a second-generation HIV integrase inhibitor, following the relatively recent introduction of the 2 first-generation HIV integrase inhibitors raltegravir (Isentress) and the elvitegravir antiretroviral combination (Stribild).2

As an HIV-1 antiviral agent, Tivicay binds to the integrase active site and blocks the essential DNA strand transfer (from virus to host) needed for the HIV replication cycle. Following oral administration of Tivicay, taken with or without food, peak plasma concentrations were seen 2 to 3 hours post dose and steady-state concentrations were achieved within approximately 5 days. Tivicay is highly bound to plasma proteins (98.9%), leading to an estimated apparent volume of distribution of only 17.4 L. Tivicay is primarily metabolized by UGT1A1 and, to a smaller extent, CYP3A. Following a single dose, 53% of the drug was excreted unchanged in feces while 31% was excreted in urine as various metabolites. Renal elimination of unchanged drug constituted less than 1% of the dose. Tivicay has a terminal half-life of approximately 14 hours and an apparent clearance of 1.0 L/h.1,3

The recommended dose of Tivicay is 50 mg daily for INSTI treatment-naiÌˆve adults or pediatric patients 12 years or older and weighing 40 kg or more. If these patients are also taking other potent UGT1A/CYP3A inducers, such as efavirenz, fosamprenavir/ritonavir, tipranavir/ritonavir, or rifampin, the recommended dose is 50 mg twice daily. This twice-daily dose is also recommended for adult HIV patients who have been previously treated with an INSTI but clinically demonstrate INSTI resistance. Doses exceeding 50 mg twice daily have not been evaluated in terms of safety and efficacy.1

The safety and efficacy of Tivicay in adults was evaluated in a total of 2539 participants enrolled in 4 phase III clinical trials—SPRING-2 and SINGLE for HIV treatment-naiÌˆve patients, SAILING for HIV treatment-experienced but INSTI-naiÌˆve patients, and VIKING-3 for HIV treatment-experienced and INSTI-experienced patients. SPRING-2, a 96-week double-blind, randomized controlled non-inferiority trial, compared the efficacy of Tivicay with raltegravir by randomizing 822 treatment-naiÌˆve subjects into 2 groups&mdash;1 receiving dolutegravir 50 mg once daily and the other receiving raltegravir 400 mg twice daily with both groups receiving a background nucleotide reverse transcriptase inhibitor (NtRTI) regimen of either tenofovir/emtricitabine or abacavir/lamivudine. Subjects were stratified by screening HIV-1 RNA&mdash;those with more than 100,000 copies per mL and those with less than 100,000 copies per mL. The primary end point was the proportion of participants with less than 50 copies per mL at 48 and 96 weeks with a 10% non-inferiority margin. In the SINGLE trial, 833 subjects were randomized into 2 groups comparing efficacy of Tivicay with Atripla (efavirenz/emtricitabine/tenofovir) with both groups also receiving a background NtRTI regimen. Using an intention-to-treat analysis with a 10% non-inferiority criterion, study findings of both trials demonstrated non-inferiority in safety and efficacy, making once-daily dosing of dolutegravir an attractive option for HIV-1 infected treatment-naiÌˆve patients in reducing viral loads.4

Tivicay should be taken 2 hours before or 6 hours after taking cation-containing antacids or laxatives, oral iron or calcium supplements, sucralfate, or any buffered medications. Coadministration of Tivicay with etravirine should not occur without concurrent atazonavir/ritonavir, darunavir/ritonavir, or lopinavir/ritonavir administration. Coadministration of Tivicay with nevirapine or with established metabolic inducers such as phenytoin, phenobarbital, carbamazepine, and St. John’s wort should also be avoided due to insufficient data available needed to make dosing recommendations. Coadministration with dofetilide is contraindicated due to the risk for serious, life-threatening events stemming from potentially increased dofetilide plasma concentrations.

The most common side effects seen with Tivicay are insomnia and headache; serious adverse events include hypersensitivity reactions, transaminase elevations in those co-infected with hepatitis B and/or C, fat redistribution with “cushingoid” appearance, and immune reconstitution syndrome.1,3

Tivicay is supplied in bottles of thirty 50-mg, yellow, round, film-coated tablets. Average wholesale price of Tivicay is $1175 per month or $14,105 per year.5 Additional information can be found at www.tivicay.com. 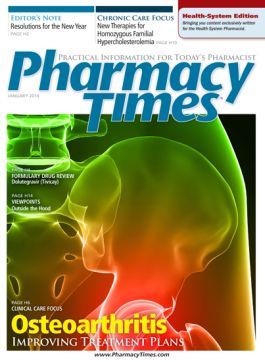