When an out-of-state specialty pharmacy distributes medications to residents of a state that has enacted a legend drug tax, is that out-of-state vendor subject to the 2% tax assessment?

When an out-of-state specialty pharmacy distributes medications to residents of a state that has enacted a legend drug tax, is that out-of-state vendor subject to the 2% tax assessment?

The firm did employ an in-state representative to promote its services to institutions, prescribers, and others. It did have contracts in place with health insurers and others to sell legend pharmaceuticals prescribed by in-state prescribers to in-state patients. It maintained a website that patients could use to request refills. During the 5-year period that was the focus of this litigation, the pharmacy provided hundreds of thousands of prescriptions to citizens of the state worth hundreds of millions of dollars.

The prescription orders were fulfilled with legend drugs obtained from manufacturers or wholesalers located outside the state. The specialty pharmacy would present the prepared medications to a common carrier, such as Federal Express or United Parcel Service, which would deliver them to the patient’s home or a treatment facility where they were to be administered.

The specialty pharmacy operated as a limited liability company and filed amended tax returns with the state’s department of revenue requesting a refund of the 2% legend drug taxes that it had paid on its wholesale cost for the prescription medications that it had sold to patients in the state during the 5-year period.

The commissioner of revenue denied the claimed refund, so the specialty pharmacy appealed the decision to the state’s tax court. That judicial entity agreed with the pharmacy, ruling that the tax did not apply to these wholesale transactions because the pharmacy had received the medications outside the state.

In the course of announcing its decision, the tax court recognized that a provision in the relevant state tax statute “provides that delivery of drugs with the state can trigger liability for the tax.”

However, this court ruled that the statute imposes tax “solely on the receipt of drugs.”

That meant the specialty pharmacy was due the claimed refund because it received the drugs outside the state. The commissioner of revenue disagreed and took the case to the state Supreme Court.

The highest court of the state disagreed with the tax court, ruling in favor of the commissioner of revenue’s interpretation that the tax assessment did apply to the specialty pharmacy.

The state Supreme Court pointed out that the statute in question, the legend drug tax, was one of a number of state statutes creating provider taxes applicable to the gross revenues of hospitals, pharmaceutical wholesalers, and surgery centers to fund a state-level health insurance initiative for individuals with low incomes. This program supplements the state’s Medicaid program because it has higher income limits than Medicaid.

In the case of pharmaceuticals, the tax is calculated at 2% of the “price paid [wholesale cost]” by those who deliver or receive legend drugs in the state.

The court clearly demarcated the line of division between the parties: The pharmacy argued that the statutory tax applies only to the receipt of drugs in the state, whereas the revenue department took the position that the tax assessment applies to in-state sale or delivery of the medications.

The court turned to 2 accepted principles of statutory interpretation: First, when the intent of the legislature is clear from unambiguous language of the statute, the statute is to be applied according to its plain meaning; and second, statutes are to be interpreted to give effect to all their provisions and assume that the legislature does not intend to enact unconstitutional statutes.

Applying those principles, the state’s highest court concluded that “The plain language of the statute at issue here encompasses out-of-state pharmacies that deliver legend drugs to in-state patients for use within the state.” 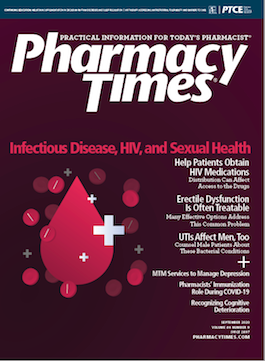