This triple therapy can increase the risk of acute renal failure.

This triple therapy can increase the risk of acute renal failure.

Diuretics, angiotensin-converting enzyme inhibitors (ACEIs), and angiotensin receptor blockers (ARBs) represent 3 classes of drugs widely used in the treatment of hypertension and heart failure, often in combination. We previously reviewed the effect of nonsteroidal anti-inflammatory drugs (NASIDs) on the hypotensive response of various antihypertensive agents.1 In addition to blunting the hypotensive effects of diuretics, ACEIs, and ARBs, there is an increased risk of patients developing acute renal failure when an NSAID is co-administered. As hypertension, heart failure, and conditions causing chronic pain are common in the elderly, the risk of exposure to potential interactions between these drugs increases over time.

Mechanism of the Interaction

Diuretics can reduce plasma volume leading to reduced renal blood flow. This may lead to increased serum creatinine concentrations. The kidney can compensate via the renin-angiotensin system by constricting the efferent renal arteriole to increase glomerular filtration pressure and favor water and sodium retention. ACEIs and ARBs inhibit efferent renal arteriolar vasoconstriction that lowers glomerular filtration pressure. NSAIDs, by inhibition of prostaglandins and bradykinin, produce vasoconstriction of the afferent renal arteriole and reduce the ability of the kidney to regulate (increase) glomerular blood flow. The administration of an NSAID plus diuretic or ACEI or ARB may reduce the hypotensive effect of the antihypertensive agent but does not commonly lead to acute renal failure. When triple therapy with an NSAID plus diuretic and an ACEI or ARB is administered, the kidney is unable to use its normal compensatory mechanisms and may suffer an acute reduction in glomerular filtration that is marked by a rising serum creatinine.

Several studies have noted the tendency for patients receiving triple therapy to have elevated serum creatines.2,3 Recently a large case-control study examined the risk of acute renal disease in patients receiving a) double therapy consisting of an NSAID combined with a diuretic or an NSAID with an ACEI or ARB, or b) triple therapy with both a diuretic and ACEI or ARB plus an NSAID.4 Patients were included only if kidney disease was their primary diagnosis upon admission to the hospital. The investigators were careful to control for confounders such as other diseases and drug usage. The study population included nearly 500,000 patients followed for a mean of about 6 years. Acute kidney injury was identified in 2215 patients who were compared with about 22,000 control patients. The overall incidence of acute kidney injury was 7 per 10,000 person-years. The risk of kidney disease in the patients was compared with matched control patients not exposed to the double or triple therapy. The use of double therapy was not associated with an increased risk of kidney injury.

Triple therapy was associated with a 31% increase in risk of injury. The greatest risk was noted within the first 30 days of concurrent therapy, when it was nearly twice as high in patients compared with the controls. Due to the study’s conservative entry criteria, it is possible that the study actually underestimates the risk. For example, increased serum creatinine levels may have caused prescribers to discontinue the combination therapy before kidney injury was severe enough to require hospitalization.

Patients receiving NSAIDs chronically in combination with diuretics, ACEIs, or ARB, are at risk for diminished hypotensive response, elevated serum creatinine, and acute kidney injury. They should be monitored for altered blood pressure and serum creatinine, particularly during the first few months of combination therapy. While it appears that alternative hypotensive agents (eg, calcium channel blockers, centrally acting agents) are less affected by NSAIDs, similar data are not available for the risk of renal injury. 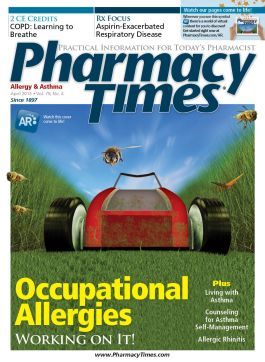