Disease-Modifying Therapy for Atopic Dermatitis and Unmet Needs in Treatment

Peter Lio, MD: Shannon has been waiting quietly to tell us about the first real systemic therapy in the United States that’s FDA approved for the treatment of moderate to severe atopic dermatitis and may be disease modifying. Shannon, can you tell us a little about dupilumab and some of the other biologic agents that are hopefully coming out very soon that we see for atopic dermatitis?

Shannon M. Rotolo, PharmD, BCPS: Yes. Dupilumab is the FDA-approved go-to in this category. Jamie [McConaha] mentioned earlier in her discussion of the mechanism or pathoimmunology of the disease that IL-4 and IL-13 were 2 critical components. Dupilumab targets both of those, which is a nice fit for this -disease state. There’s approved dosing down to age 6 years old and down to 15 kg, but dosing is both age and weight based for our pediatric and adolescent patients, with the final adult dose being a single loading dose of 600 mg followed by a 300-mg dose every 2 weeks.

Both a potential advantage and disadvantage is that dosing schedule. Every 2 weeks is certainly more convenient than some of the daily therapies, but it can be a lot more challenging in terms of adherence for patients. A major tip that I always give people is putting a reminder in your phone or circling a calendar because that schedule can be challenging. For folks who are able to find a way that works for them to commit to that schedule, there are certainly some advantages in terms of adherence. We’ve discussed the advantage of it being very targeted to what we’re trying to go after in this total cascade.

Some other considerations with this medication, as we alluded to earlier, are cost or access, which can certainly be a consideration. I know we’ll circle back to that later. It’s a refrigerated medication, so making sure that patients have a stable housing situation or another way to store this medication is critical. This can be a disadvantage compared with some other options. It does require a bit of training for patients to get comfortable doing injections. In our pediatric population, needle phobia can be a concern, and in adults as well. We’ve seen that over the course of this pandemic when it comes to vaccinations and things like that. It’s given us all a renewed awareness of the amount of needle phobia we see in adults as well.

Disposal of the medication can be a concern as well. It’s important to make sure that patients are set up with a sharps container, so they have somewhere safe to dispose it. In terms of adverse effects, for some patients this has a much more favorable adverse-effect profile. Jamie earlier discussed some of the adverse effects we see with some systemic therapies. By comparison, dupilumab, although it has its own unique adverse effects, does avoid a lot of those other ones that we’d be concerned about with some of the oral medications. With any injection, in particular with dupilumab, we’re concerned about injection site reaction, both with the formulation of this medication and then its large volume for a subcutaneous drug. I definitely do hear that a lot from patients, that they have a little puffy spot or that they have redness, irritation, swelling, or pain at the site of the injection.

Another 1 I like to point out to patients is ocular adverse effects; those can be limiting. About 10% of patients get some adverse effect related to their eyes. Sometimes it’s as simple as dry eyes, and all it’s going to need is rewetting drops. I always prefer to have an ophthalmologist or the patient’s regular eye doctor evaluate that just so I’m not missing something more serious. Those are the big takeaways for me with dupilumab in terms of where it fits in to therapy and when we could potentially use it.

Peter Lio, MD: That was fantastic. Thank you. I like every point you highlighted. I like the point too—I haven’t heard people discuss but that because it’s a refrigerated medicine, you have to make sure they have a stable home situation. For some patients, that’s not an option. There are some setbacks but also some benefits. For the right patient, it can be a really good fit, especially when we’re thinking about the alternative. Sometimes we have a patient for whom we’re trying to figure out the best fit and team. If it’s a multispecialty team, they say, “We don’t know about this dupilumab; it’s new.” I’ll say, “What about cyclosporine?” Then everyone quickly changes their tune and says, “OK, dupilumab sounds right.” That’s fantastic. Thank you.

Shannon M. Rotolo, PharmD, BCPS: Absolutely. I didn’t touch on that yet, but there’s some off-label use of omalizumab, or Xolair, that’s not necessarily commonly used off-label, but it does happen. Pharmacists who are tuning in, if you’re seeing this, it’s something where we do have in the United States only: FDA labeling for chronic idiopathic urticaria, asthma, and more recently also for nasal polyps. This medication is sometimes used in other countries. It was looked at in the ADAPT trial for ages 4 to 19 years old, with results similar to what we see in some other disease states and dosing based on IgE and weight. But it isn’t commonly used in the United States.

Peter Lio, MD: Thank you. This is a great overview of some of the things that we have and that are commonly used for atopic dermatitis. I’ll summarize by saying that we still have a ways to go.

An estimated 2 million patients are still moderate to severe, uncontrolled in the United States alone, and we know we’re not meeting all their needs. Everything from more gentle medications, which have less of an adverse-effect profile, for patients who are concerned or had issues, to things that are potentially orally administered instead of shots for those who might have needle phobia, all the way to different topical agents. As we saw, we have only a few categories, and that might not meet everybody’s needs. We don’t even have anything for the itch of atopic dermatitis, so itch is this whole unexplored frontier of potential and we have many patients who are itchy. Although it sounds like there’s a lot going on—I’m grateful that there is—there’s finally some development and movement. But we still have a long way to go. 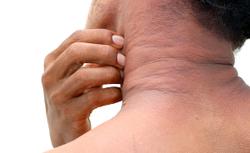 Future Studies and Implications for Dupilumab in Atopic Dermatitis 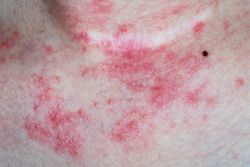 Dupilumab in Atopic Dermatitis and What Pharmacists Should Know