Study estimates the private sector could save much more than the public sector would spend.

Recent research suggests the implementation of universal prescription coverage could lead to substantial total cost savings and reduce private sector spending at a much greater magnitude than it would increase public spending.

In an analysis published in the Canadian Medical Association Journal, investigators created a model to simulate how government-sponsored universal prescription insurance, akin to Medicare, would impact drug spending patterns in Canada. Currently, Canada is the only developed country that offers universal health insurance but not universal prescription coverage.

Currently in Canada, about 36% of drug costs are paid by private insurance, 4% by compulsory social insurance programs like workers compensation, and 22% by patients out-of-pocket (OOP). In 2007, 5.7% of Canadians incurred OOP prescription costs over $1000, and about 1 in 10 Canadians report they cannot afford to take medications as prescribed.

This makes Canada an interesting model from the perspective of the United States, where individuals experience similar financial hardship and private insurers incur substantial drug costs.

The Design of a Universal Prescription Coverage Model

This study was a secondary analysis of data published in the Canadian Rx Atlas, 3rd Edition, which reported drug use and spending patterns within 33 therapeutic categories during the 2012 to 2013 fiscal year. Atlas data provided researchers with baseline estimates of prescription volumes and brand-name and generic costs stratified by province, therapeutic category, and payer (private, public, and OOP).

Using an economic framework developed to quantify determinants of drug spending, investigators created a model that considered all anticipated factors at play in a new universal prescription program. For example, they considered how prescription volumes would increase for the newly insured; also, how an evidence-based formulary with tiered copayments (exempting low-income families) would promote cost-effective product selection.

The model accounted for regular retail price markups and price decreases reasonably expected to result from economies of scale. Researchers factored in expected cost impacts for government programs, and assumed that dispensing fees paid to pharmacies would remain intact.

The universal coverage model excluded erectile dysfunction drugs and fertility treatments (2% of Canadian retail sales) because they typically are not covered by public insurance. Separate analyses for each of 31 therapeutic classes of drugs predicted changes in drug prices and product selection (accounting for about 83% of retail drug sales).

Given the narrow range of specialty drug classes for serious conditions, they assumed no change in product selection for biologics and other specialty pharmacy accounting for 14% of retail sales.

These savings would be netted with a small cost increase driven by newly-insured beneficiaries (+3%; range 8% for worst-case scenario to 2% for best-case scenario). Private spending on prescription drugs would decrease by about $8.2 billion, or 81% (range -94% to -64%).

Government costs for a universal prescription program are likely to increase by only 8%, or less than $1 billion (range +44% to -24%).

Most of the additional government cost would be driven by a small set of drug classes: (1) biologics for inflammatory conditions (+$330 million); (2) antibiotics (+$173 million); and (3) hormonal contraceptives (+$157 million). The latter 2 drug classes represent a significant influx of younger patients into a public drug benefit program.

Authors concluded that a single-payer prescription system could achieve access and equity goals and also substantial economies of scale from better pricing and product selection. 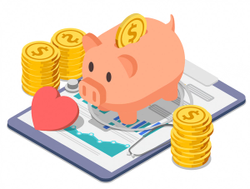 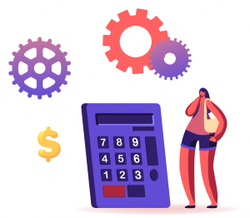