Institutions are replacing innovator biologics with their biosimilars, often to take advantage of the financial benefits.

The number of biosimilar agents available for use in clinical practice continues to increase.

As such, institutions are replacing innovator biologics with their biosimilars, often to take advantage of the financial benefits, which can be quite significant for an organization. One analysis estimated that biosimilar approvals will reduce direct spending on biologic drugs by $54 billion between 2017 and 2026.1 When introducing biosimilars into clinical practice, key considerations include acceptance by patients, demonstration of a positive financial analysis, selection of biosimilars most suited to the organization, and buy-in from physicians.

For an organization contemplating a switch from an innovator biologic to its biosimilar, it is critical to ensure buy-in from the physicians who will be ordering the drug for their patients. A recent systematic review of 20 surveys related to aspects of biosimilar use concluded that more education is needed for physicians about biosimilars.2 Pharmacists are the ideal health care professionals to provide this education. When discussing biosimilars with physicians, several key concepts should be conveyed.3

The US Food and Drug Administration (FDA) may extrapolate biosimilarity to indications that have not been formally studied for the biosimilar but that were approved for the innovator biologic. For example, a biosimilar that was studied in 1 cancer type may also be approved for several other cancer types without additional studies.

The FDA regulatory approval guidelines require that a biosimilar demonstrate “no clinically meaningful differences in safety, purity, and potency” when compared with the innovator biologic.

The lower cost of biosimilars has the potential to increase patients’ access to treatment. Price reductions of 20% to 30% appear to be the norm for biosimilars compared with innovator biologics.3,4

The potential for immunogenicity is considered the primary safety concern with biosimilars. Specifically, differences between the biosimilar and innovator biologic theoretically could trigger an immune reaction, in particular when a patient is switched from the innovator product to the biosimilar or vice versa. With this said, the potential exists for an immune reaction to occur even between different batches of an innovator biologic. Europe has many more years of clinical experience with biosimilars than the United States, and this has not been an issue.

The toxicity profile of a biosimilar cannot differ from the innovator biologic in any clinically meaningful way. Typically, this is confirmed through at least 1 comparative trial in the patient population and therapeutic indication for which a difference would be most likely detected.

Using physician champions to assist in getting buy-in from their peers can be helpful.

It is also important to educate patients about biosimilars, especially if they are being switched from an innovator biologic to a biosimilar. In a survey of American Autoimmune Related Diseases Association members, more than 80% of the respondents did not know what a biosimilar was, with about 50% not understanding the difference between biologics and small molecule drugs.5 Another survey found that patients who were aware of biosimilars were more likely to think that they were safe and were more comfortable being switched to a biosimilar from the innovator biologic.6 Pharmacists once again are ideally suited to provide this education. Whenever possible, patients should be provided general information related to biosimilars and how they compare with innovator biologics as well as information about the biosimilar they will be receiving. The FDA’s biosimilar website contains useful information for patients.7

One of the major reasons for an organization to use biosimilars is the financial benefits. Before switching to biosimilars, it is important to assess the magnitude of these financial benefits at an organization. The benefits reported by other institutions may not necessarily carry over to one’s facility. In performing the analysis, one needs to determine the cost savings potential of biosimilars when used in the in-patient setting along with their revenue generation potential in the outpatient setting. In the outpatient setting, the organization’s payer mix determines the type and amount of reimbursement and can vary among institutions. The Centers for Medicare & Medicaid Services (CMS) reimburses biosimilars at their average selling price (ASP), plus 6% of the ASP of the innovator biologic. Hence, there is an incentive to use a biosimilar.8 For innovator biologics and biosimilars acquired under the 340B drug pricing program, reimbursement is at ASP minus 22.5%. In the in-patient setting, diagnosis-related groups are used by the CMS, which makes cost a key factor for using biosimilars.8 Some biosimilars may have pass-through status, which must also be factored into the analysis. Reimbursement from private payers will vary in type and amount between institutions and must be evaluated as well. Given the complexity surrounding reimbursement in the health care environment, it is important for a pharmacy department to work with the organization’s revenue cycle team in doing this analysis.

When identifying which biosimilars make sense to use in an organization and the best manner to introduce them into practice, the following items should be considered. It may be beneficial to develop a spreadsheet listing these items and how the biosimilars under consideration compare with their respective innovator biologics.

Payer-mandated biosimilars. Determine if there is 1 biosimilar being mandated by multiple payers at the organization for a particular innovator biologic being used. It may be advantageous to consider this biosimilar, because the goal is to minimize the number of biosimilars required to be stocked. It is estimated that at least 70% of commercially insured patients in the United States are affected by exclusionary contracts.9 Having to stock multiple biosimilars of a biologic introduces patient safety concerns in terms of the pharmacy preparing the correct product and ensuring that the multiple products are built appropriately in the electronic health record with safeguards in place.8

FDA-approved indications. Ideally, the biosimilar would have the same FDA indications as the innovator biologic. If not, the comfort level of the physicians who will be using the biosimilar “off label” must be assessed. It also may be advantageous for the pharmacy and therapeutics committee to approve the “off-label” indications for which the biosimilar can be used.11

Supply chain. An assessment of the pharmaceutical companies’ ability to provide an uninterrupted supply of their biosimilars must be performed. Discussions should be held with company representatives about the capacity to increase production based on demand, inventory on hand, and the location and number of manufacturing facilities. Historical information related to the manufacturer’s frequency of drug shortages and recalls as well as overall reputation should be evaluated.11

By addressing the use of biosimilars in a systematic, rational manner and putting appropriate safeguards in place, institutions can realize the financial benefits of using these agents without negatively affecting patient care. 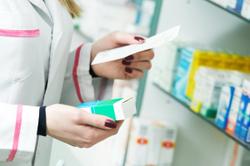