Sophisticated computer model illustrates that stopping hepatitis C within a single US state is a daunting task.

A sophisticated computer model has calculated what approaches need to be taken to essentially eliminate hepatitis C (HCV) within a single US state by 2030.

In a study published in Epidemiology and Infection, researchers set out to project the impact of expanding treatment by varying degrees using a computer model containing data from Rhode Island’s epidemic or, when that data was not available, from US data more broadly.

"Hepatitis C kills more people in the United States than any other infectious disease," said study co-author Dr. Lynn E. Taylor, assistant professor of medicine, physician at The Miriam Hospital and founder of Rhode Island Defeats Hepatitis C. "In fact, hepatitis C causes more deaths than all other 60 infectious diseases reportable to the CDC, combined. This is the critical infectious disease epidemic of our time. Our goal is elimination. We need to scale up our testing and treatment with urgency to avert preventable illness and early death."

In the study, researchers included estimates and figures for the amount of people from Rhode Island who have been infected since 1950, the progression rate of different HCV strains, and the rate of new infections. Other factors were also considered, including how often people die of the disease versus other causes over time, and the likelihood that an individual could clear HCV infection without having treatment.

The model was then used to project the course of the next 14 years of the epidemic in Rhode Island based on 4 different scenarios.

The similar patterns of reductions would also reduce the number of cases of cirrhosis, which could lead to more deaths after 2030. Authors noted that continuing to restrict treatment to patients with more advanced liver disease would result in fewer deaths, because with few people being treated, more deaths could be prevented if resources were focused on those with more acute disease.

Some limitations to the study were that they did not track the costs of expanding treatment, which would likely be in the tens of millions of dollars; the need to make assumptions based on national data instead of state data; potentially underestimating the prevalence of HCV, since it does not account for rising infection rates among young people amid the heroin and opioid abuse epidemic.

However, the authors said the study provides guidance for state policymakers, care providers, and insurers regarding the scope of eliminating the state’s epidemic.

“Hepatitis C virus-related morbidity and mortality can be reduced significantly in Rhode Island if an aggressive treatment strategy is implemented over the next decade,” said researcher Brandon Marshall. “The medications available today are so effective that, with increased treatment uptake, we have the opportunity to all but eliminate the disease by 2030.” 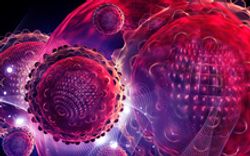