A combination therapy of testosterone and megestrol acetate may be a feasible treatment for patients with chronic obstructive pulmonary disease (COPD) cachexia, according to a recent study.

Conducted by Richard Casaburi, PhD, MD, of the Rehabilitation Clinical Trials Center, Los Angeles Biomedical Research Institute at Harbor-University, and colleagues, the study was published in the Journal of the COPD Foundation.

The researchers said, “We hypothesized that combined administration of testosterone and megestrol acetate would be capable of reversing the trajectory of involuntary weight loss in men and women with COPD cachexia through increase in both lean and fat mass.” In order to test their hypothesis, they carried out a 12-week, prospective, longitudinal interventional study with a single group.

Although the researchers screened 16 participants, only nine completed the study, presenting an obvious limitation to the interpretation of the results. Of the nine participants, four were hospitalized during the course of the study, and two more quit at the 10 and 11-week marks.

Cachexia is associated with the advanced stages of chronic illnesses. One of its hallmarks is involuntary weight loss, although there is some controversy as to the exact diagnostic criteria of the condition. In this study, participants receiving testosterone and megestrol gained both fat and lean muscle mass.

The researchers noted, “It should be acknowledged that increasing body mass of cachetic patients carries theoretical risks,” then went on to describe a previous study in which participants gained body mass but lost distance in a six-minute walk test. They also say this study is limited due to its small size, lack of a control group, and a short follow-up period.

Despite the limitations, the researchers believe that the results of this study warrant further investigation and say that “larger long-term, randomized, placebo-controlled trials with evaluation of functional outcomes and metabolic biomarkers seem warranted.” 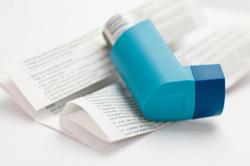 Build Connections to Children With Asthma 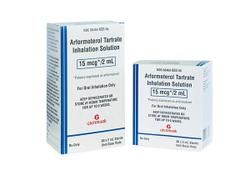