The child/adolescent vaccine schedule, produced by the Advisory Committee on Immunization Practices (ACIP), has been the go-to document for pediatricians and parents alike for years.

The child/adolescent vaccine schedule, produced by the Advisory Committee on Immunization Practices (ACIP), has been the go-to document for pediatricians and parents alike for years.1 The ACIP used to update the schedule periodically, but since 1995, it put together a “harmonized” schedule every year in collaboration with the American Academy of Pediatrics and the American Academy of Family Physicians. This document is updated and released yearly and is the schedule that most pediatricians follow in regard to vaccinating children.

When speaking with parents about vaccinating their children, it is important for pharmacists to know what is on the schedule and why. Not all vaccines are recommended for all children. Some are recommended only for certain high-risk groups. Much of the pushback on vaccines in recent years has come from a place of concern about the expanding number of vaccines that are now recommended. The 1995 schedule included only 5 vaccinations: hepatitis B, diphtheria/tetanus/pertussis, Haemophilus influenzae type B, poliovirus, and measles/mumps/rubella.

Pharmacists can combat parents’ fears by knowing what vaccines have been added and by explaining the reasoning behind each vaccine. The following will review the most important of the new vaccines added to the recommended schedule (for all children) since 1995 and examine why each one was added.

Rotavirus is most commonly found in children and is characterized by severe, watery diarrhea, which is often accompanied by fever, abdominal pain, and vomiting. Symptoms usually last 3 to 8 days and can lead to hospitalization, and even death, usually due to severe dehydration.2,3 Before rotavirus was added to the US immunization schedule in 2007, about 3 million cases of rotavirus were reported among children each year, with about 60,000 hospitalizations.4 Figure 1 illustrates the yearly impact of rotavirus, prior to the vaccine becoming available. Since the vaccine was discovered in 2006, rotavirus-related hospitalizations have dropped by as much as 96%.6

Meningitis is an inflammation of the membranes (meninges) surrounding the brain and spinal cord. It usually presents as flu-like symptoms accompanied by a stiff neck, severe headache, and sudden high fever. Severe cases can cause hearing loss, brain damage, seizures, and even death within a few days. The highest risk group for viral meningitis is children younger than 5 years. The highest-risk groups for bacterial meningitis (the most severe form) are children younger than 20 years and people living in communal settings, such as college dormitories, boarding schools, and military bases. Because of these risk factors, and the ease with which the disease can spread, many states require vaccination for students applying to college.8

There are 2 types of meningitis vaccines. The most common is a conjugate vaccine that protects against serogroups A, C, W, and Y. This is an inactivated injectable vaccine that is recommended to all children around age 11, with a booster at age 16. There is also a recombinant vaccine that protects against serogroup B. This vaccine is recommended as a 2-dose series for people aged 16 to 23 years or as a 2- or 3-dose series for certain high risk groups beginning at age 10.

Infection rates for meningitis in the United States have seen a steady decline since the vaccine was added to the ACIP recommended schedule in 2006, with cases dropping as much as 80% since that time. Figure 210 illustrates the decline in cases since 1970. The chart shows a peak of 1.5 cases per 100,000 individuals. The incidence rate may not seem high, but it is the swift and sometimes deadly potential of bacterial meningitis that makes limiting this disease such an important pursuit.

Pneumococcus is the most common cause of bloodstream infections (bacteremia, sepsis), pneumonia, meningitis, and middle ear infections in young children.11 Most cases are mild and can cause middle ear infections or sinus infections; the more severe infections can be quite dangerous. Children younger than 2 years are most likely to have a serious case of pneumococcal disease. Furthermore, in children younger than 5 years, pneumococcal meningitis will result in death in 1 of every 15 cases and bacteremia can cause death in 1 of 100 cases.12 These numbers make it quite clear that limiting the spread of pneumococcal disease in children is extremely important.

Varicella, or chicken pox, used to be a rite of passage of childhood. Every kid used to get chicken pox, and if you had not had it yet, your parents might just make you go play with someone who was contagious just to get it out of the way. Prior to the introduction of the vaccine in 1995, there were about 4 million cases of chicken pox every year in the United States.14

The varicella vaccine was added to the US recommended schedule in 1996. It is a live vaccine that is administered subcutaneously in 2 doses. The first dose is given at 12 to 15 months, with a booster between ages 4 and 6. Two doses of the vaccine are about 90% effective at preventing the disease.15 Care must be taken not to administer to patients who have weakened immune systems. Figure 316 shows the decline in number of cases (in thousands) in 4 states since the vaccine was introduced in 1995.

HPV is so easily spread through sexual contact that more than 80% of sexually active adults will be affected with at least 1 type of HPV in their lives. About 14 million new HPV cases are diagnosed each year in the United States.17 About half these cases are with a high-risk HPV type. In 2017, the American Cancer Society estimates that 12,820 new HPV-caused cancers will be diagnosed and 4210 will result in death.18

Vaccines are now available for several types of HPV, including the high-risk types 16 and 18. The ACIP added the HPV vaccine to the recommended schedule in 2013. It is given in a 2- or 3-dose series starting around age 11. Because HPV is so easily transmitted, it is important to begin vaccination before patients become sexually active. HPV vaccine has the potential to reduce cervical cancer worldwide by as much as two-thirds.17

Pharmacists who have better knowledge of the vaccine schedule, and the components included in that schedule, have the greatest opportunity to educate about the importance of vaccines, especially parents who may be hesitant about vaccinating their children due to negative press or publicity. Educating these parents is our greatest tool in encouraging vaccination to keep our children and communities safe from preventable diseases.

13. For parents: vaccines for your children: pneumococcal disease and the vaccine (shot) to prevent it. CDC website. cdc.gov/vaccines/parents/diseases/child/pneumo. html. Updated July 11, 2017. Accessed July 23, 2017.

Brady Cole, RPH, is pharmacy manager at Tom Thumb Pharmacy in Plano, Texas, and an active preceptor with Texas Tech University in Lubbock, Texas, and the University of Houston, also in Texas. He is also founder of the website Helpful Pharmacist, www.helpfulpharmacist.com.

Treatments for Thyroid Disease Are Generally Effective and Safe 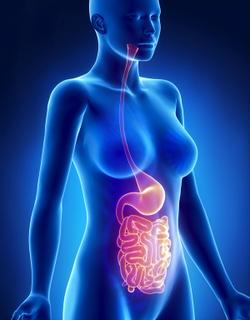