Migraine Treatment Landscape and the Role of the Pharmacist - Episode 5

Jennifer L. Mazan, PharmD, describes the role of CGRP antagonists as acute migraine treatment and shares considerations for selecting and using these therapies.

Mark Percifield, PharmD: It’s great to see that there are more options. Jennifer, could I ask you to come in and talk about gepants? Gepants are an FDA-approved class of CGRP antagonists for the treatment of acute migraine. If you could talk a little about ubrogepant and rimegepant, that would be great.

It has been shown to be effective in clinical trials. There are 2 main trials: the ACHIEVE I and the ACHIEVE II trials, both of which demonstrated the effectiveness of more patients taking ubrogepant than placebo. About 60% of patients received relief after the 2-hour mark, about 20% were pain-free at the 2-hour mark, and about 40% were free of their most bothersome symptoms at the 2-hour mark. It has a favorable adverse-effect profile with nausea, somnolence, and dry mouth being the most reported adverse effects, but the incidents of those are also very low. It does require dosage adjustment in patients with renal or hepatic dysfunction, but that dose should be no more than 50 mg. We don’t want to move to the 100-mg dosing for people with hepatic or renal dysfunction. It should be avoided altogether for patients with severe renal impairment.

It does have several drug interactions. It interacts with the CYP3A4 inducers. It’s contraindicated with concomitant use of itraconazole, ketoconazole, and clarithromycin. Rimegepant was the second CGRP antagonist approved for the acute treatment of migraine. That drug is available as a 75-mg tablet. It’s a sublingual tablet; it’s an ODT [orally disintegrating tablet] for single use only. The advantage of this is the ODT, but you don’t have the option of taking the second dose if you’re not getting enough relief. The efficacy is very similar. When we look at the data, the percentages are very similar to ubrogepant, so they’re pretty much neck and neck as far as the efficacy goes. The safety profile also has a favorable adverse-effect profile with nausea and stomach pain or indigestion being the most reported adverse effects. Again, the incidence of these symptoms is low. The drug interactions of this are like that of ubrogepant. The CYP3A4 inhibitors and CYP3A4 inducers can be an issue and need to be monitored. It also needs to be avoided when treating patients with hepatic and renal impairment.

Mark Percifield, PharmD: What feedback have you gotten from patients regarding the ODT formulation? Is that something they seem to like?

Jennifer L. Mazan, PharmD: Many patients are attracted to the ODT formulation because you do not need to have water. You can take it anytime, anywhere. People who experience severe nausea are more likely to choose the ODT formulation than an oral tablet for the mere fact that they don’t have to swallow using water.

Mark Percifield, PharmD: It’s great to hear about those patients and the increased percentage of them being pain-free after 2 hours with these new formulations. Patients have a better option than what we had, as Tim mentioned, several decades ago. Thank you very much. 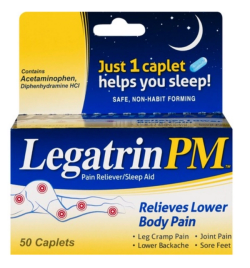