Stem cell therapy was associated with a reduction of the number of heart attacks, strokes, and death among people with chronic, high-risk, NYHA class 2 or 3 heart failure with reduced ejection fraction (HFrEF), according to a study presented at the American Heart Association’s Scientific Sessions 2021. The investigators found this improvement was especially pronounced among patients who had higher levels of inflammation. The rate of hospitalization was not reduced.

“Cell therapy has the potential to change how we treat heart failure,” said Emerson C. Perin, MD, PhD, director of the Center for Clinical Research and medical director of the Texas Heart Institute in Houston, in a press release. “This study addresses the inflammatory aspects of heart failure, which go mostly untreated, despite significant pharmaceutical and device therapy development. Our findings indicate stem cell therapy may be considered for use in addition to standard guideline therapies.”

In the DREAM-HF trial, investigators enrolled 537 participants with HFrEF and randomized these patients into 2 groups. The first received an injection of 150 million mesenchymal precursor cells, commonly known as stem cells, directly into the heart using a catheter, whereas the second group received a scripted, sham procedure. Mesenchymal precursor cells were provided by healthy adult donors.

According to the investigators, the participants who received stem cell therapy had a 65% reduction in non-fatal heart attacks and stroke throughout the study period. Further, patients with high levels of inflammation were 79% less likely to have a non-fatal heart attack or stroke after being treated with stem cells, and their risk of cardiac death was reduced by 80% if they had class 2 heart failure.

“We were impressed to learn that stem cell treatment effects were additive to current standard heart failure treatments,” Perin said. “For the first time, the known anti-inflammatory mechanism of action of these cells may be linked to a cause-and-effect benefit in heart failure. The stem cells acted locally in the heart, and they also helped in blood vessels throughout the body.”

The investigators said further research is required to understand the influence of stem cells on the course of progression of heart failure and how these therapies should be directed to reach the patient groups that could see the most benefits. 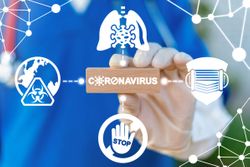