Cancer Survivors’ Ambulatory Function May Be Determinant for Survival

Study finds cancer survivors were 42% more likely to report walking at the slowest pace and had a 24% greater risk of mobility disability compared to individuals who never had cancer.

New research has found that cancer survivors have a greater risk of reduced ambulatory function, which is associated with an increased risk of death, according to a press release.

The diagnosis and treatment of cancer has been associated with poor functional health overall in patients with common cancers, such as breast or prostate cancer. Less is known about the functional impacts of other cancers, according to Elizabeth Salerno, PhD, MPH, who conducted the study at the National Cancer Institute.

“Given that cancer survivors are living longer than ever, understanding how the diagnosis and treatment of a broad range of cancers may affect ambulatory function—a potentially modifiable risk factor—could lead to new treatment and rehabilitation strategies to improve the health of these patients,” Salerno said in a press release.

In the study, the investigators examined whether reduced ambulatory function was linked to various cancer types and whether ambulatory function was associated with survival. The team used data from the National Institutes of Health American Association of Retired Persons (AARP) Diet and Health study, which included more than 500,000 AARP members between the ages of 51 and 70.

The members received a questionnaire assessing demographics, medical history, and diet between the years 1995 and 1996, and a follow-up questionnaire between 2004 and 2006, which assessed health status, lifestyle, and ambulatory function, among other factors. Ambulatory function was determined by self-reported walking pace and mobility disability.

The final sample included 30,403 cancer survivors and 202,732 individuals who had never been diagnosed with cancer. The median age of participants was 61.8 years, and most identified as white (92.4%), male (56.7%), and in very good health (56.4%). Participants represented a broad range of cancer types, including those of the breast, respiratory system, lymphatic system, skin, genitourinary tract, and gastrointestinal tract.

“Our findings suggest that functional health may be adversely affected by a broad range of cancer diagnoses and may be an important determinant for survival,” Salerno said in the press release. “There is still much to be learned about these complex relationships, but our results highlight the potential importance of monitoring, and even targeting, ambulatory function after cancer for survival benefits, particularly in older cancer survivors.”

The investigators found that cancer survivors were 42% more likely to report walking at the slowest pace compared to individuals without a cancer diagnosis. After adjusting for demographics, health status, cancer type, and body mass index, cancer survivors also had a 24% greater risk of mobility disability. The strongest associations for lower ambulatory function were seen with survivors of respiratory or oral cancers.

“More information about behavioral, biological, and cancer-specific factors from before, during, and after diagnosis and treatment will be important to better characterize these associations in specific cancer types,” Salerno concluded. 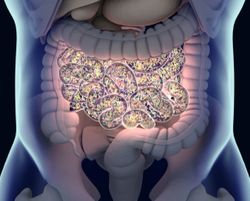