Can Pharmacists Take Legal Action After Being Fired?

One maintains that her reputation was damaged because the pharmacy chain reported her termination to the state board.

One Maintains That Her Reputation Was Damaged Because the Pharmacy Chain Reported Her Termination to the State Board.

A pharmacist had been employed by a national pharmacy chain for 7 years and was the pharmacist in charge at one of the chain’s locations. A periodic audit of the pharmacy using surveillance tapes showed that the pharmacist left the pharmacy unattended for about 50 minutes. That represented a violation of the firm’s security policy, and the pharmacy terminated the employee about 1 month after the incident. The pharmacist’s response was that she was absent because she had been participating in computer training and shopping for groceries, activities she did not view as a violation of company policy.

Two days after that termination action, the pharmacy chain employer filed a report with the board of pharmacy, identifying as the cause for termination the pharmacist’s violation of the firm’s “pharmacy area security policy.” That prompted the board to file an administrative complaint against the pharmacist alleging “she failed to maintain personal charge of a pharmacy that is open for business.”

In the board’s view, that was a violation of several sections of the state’s statutes and could be a basis for action against the pharmacist or her license. Eventually, however, the administrative complaint at the level of the pharmacy board was dismissed.

Three months after the administrative proceeding was terminated, the pharmacist filed suit against her former employer, alleging “malicious prosecution, abuse of process, and intentional infliction of emotional distress.” The claim was based on the pharmacy chain’s action in reporting her termination to the board, along with the basis for that action. The lawsuit was originally filed in state court but transferred to federal court because the parties to the matter were from different states.

The defendant pharmacy chain made a motion for summary judgment, arguing that no substantial issue remained to be addressed to justify proceeding to a trial. In essence, that motion asks the judge to rule in favor of 1 party without the effort and expense of having a trial because the judge deems it unnecessary.

The federal district court ruled in favor of the pharmacist’s former employer, granting the motion for summary judgment and agreeing that the company had a statutory obligation to report the change in staffing. Further, because the filing with the state board was mandatory, the employer’s action fell under statutory immunity.

The court reviewed the provision in state statutes that addressed reporting obligations: “A pharmacy, manufacturer, or wholesale distributor shall report to the department a change in ownership, management, location, or its PIC [pharmacist-in-charge]…not later than 30 days after the change occurs.”

The judge also reviewed a separate statutory provision related to legal immunity from lawsuits for those who support efforts of state law enforcement officials by making reports to appropriate offices: “A person…acting in good faith who makes a report, assisting in originating a report, investigating, or preparing a report, or assists…the department in carrying out its duties under this article is immune from civil or criminal liability, including, but not limited to, liability in a civil action for damages that might otherwise be incurred thereby…. A person making or assisting in making a report or assisting a board or task force, a hearing examiner, the committee or the department, is presumed to have acted in good faith.”

The trial court judge agreed with the argument advanced by the pharmacy chain that its report was mandated by the state’s pharmacy statutes and, as a result, was eligible for protection with statutory immunity. The pharmacist did not dispute that her former employer had a legal duty to make the report as a statutory obligation.

The court concluded that the defendant was entitled to immunity, so the case was dismissed. 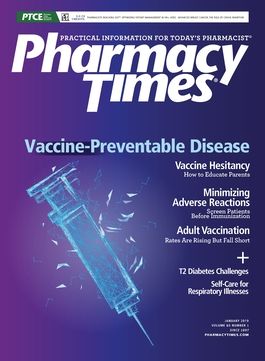