The FDA recently approved betrixaban (Bevyxxa) as an oral anticoagulant (direct inhibitor of factor Xa).1 Inhibition of factor Xa leads to reduced conversion of prothrombin to thrombin that is mediated by factor Xa. It has been approved for the prophylaxis of venous thromboembolism in hospitalized patients who are at risk for thromboembolic events. Investigators are studying betrixaban for use in patients with atrial fibrillation and for thromboprophylaxis after joint arthroplasty.

The bioavailability of betrixaban is about 35%, with peak plasma concentrations occurring 3 to 4 hours after dosing. The half-life of betrixaban has been reported to range from 20 to 27 hours. To produce a rapid clinical response, the labeling recommends a 160-mg loading dose, followed by 80 mg daily.1 Food (both high- and low-fat diets) reduces the mean bioavailability of betrixaban by 50% to 60%. A minor portion of betrixaban is converted by amide hydrolysis to inactive metabolites.1 Following intravenous administration, about 17% of betrixaban is recovered unchanged in the urine. In subjects with renal dysfunction (creatinine clearance <60 mL/min), the betrixaban area under the concentration time curve (AUC) increased by about 2.5-fold. Labeling recommends reducing the dose by 50% in patients with severe renal impairment. Betrixaban appears to be a substrate for P-glycoprotein (P-gp). Betrixaban has not been demonstrated to inhibit or induce any CYP450 enzyme.

Although betrixaban is a substrate for P-gp, only a few studies with drugs that affect P-gp have been reported. One study administered a single 40-mg dose of betrixaban alone, following 5 days of ketoconazole 200 mg twice daily. The maximum concentration (Cmax) and AUC of betrixaban increased by about 2.3-fold with ketoconazole pretreatment. A single dose of betrixaban was administered alone and on day 1 and day 14 of a 14-day regimen of verapamil (dose not stated). Single- and multiple-dose verapamil administrations both resulted in a nearly 5-fold increase in betrixaban Cmax and a 3-fold increase in its AUC. When patients receiving betrixaban and amiodarone were compared, patients on amiodarone had betrixaban concentrations about 2-fold higher with concurrent amiodarone.2 Based on these studies, the betrixaban label recommends a 50% dose reduction if betrixaban is administered with P-gp inhibitors. Other drugs known to inhibit P-gp (eg, itraconazole, cyclosporine, posaconazole, and telaprevir) would also be expected to interact with betrixaban and produce elevated betrixaban plasma concentrations and an anticoagulant response. Betrixaban did not alter the pharmacokinetics of digoxin.1

Although no data are available regarding the effect of P-gp inducers such as rifampin, doses of betrixaban will likely require an increase during concurrent P-gp inducer administration.

As with any anticoagulant, the combination of 2 or more (eg, warfarin, heparin, and enoxaparin) is likely to produce an increased risk of bleeding. The use of antiplatelet drugs (eg, nonsteroidal anti-inflammatories, clopidogrel, prasugrel, ticagrelor) with betrixaban should be carefully monitored for excess anticoagulation and evidence of bleeding.

Clinical experience is limited, but some of the potential drug interactions with betrixaban are likely to alter patient response to it. The anticoagulant response to betrixaban is related to its plasma concentration.1 Patients stabilized on betrixaban should be monitored for an altered response, such as bleeding or loss of the anticoagulant effect, if P-gp inhibitors or inducers are added or removed from their drug regimen. If P-gp inhibitors are coadministered, consider lowering the betrixaban dose to 40 mg daily. The administration of other anticoagulants or antiplatelet drugs would be expected to increase the risk of bleeding in patients who take betrixaban. Patients with concurrent renal dysfunction may be particularly sensitive to drug interaction—induced reduction in betrixaban elimination. 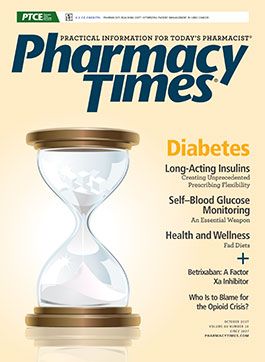