How would you respond to these patients?

CASE 1: NS is a 55-year-old man who recently visited his primary-care provider (PCP) for a follow up. His medical history includes hypothyroidism, hypertension, and type 2 diabetes (T2D). He takes levothyroxine 75 mcg daily, lisinopril 20 mg daily, and metformin 1 gram twice a day. His PCP started NS on oral semaglutide 7 mg once daily for his uncontrolled T2D. After a week, NS called the pharmacy because he had difficulty falling asleep since starting the new medication. In addition, he is experiencing jitteriness and some minor unplanned weight loss. NS asks whether there are any interactions with his other medications that may have caused these adverse effects.

How should the pharmacist respond?

ANSWER: Concomitant use of oral semaglutide and levothyroxine can increase exposure to levothyroxine by 33%, according to a package insert.1 Although the clinical relevance of this is unclear, it can be theorized that this interaction can precipitate signs and symptoms of hyperthyroidism, such as difficulty sleeping, an increased heart rate, irritability, and weight loss. NS appears to be experiencing such adverse effects. The pharmacis should ensure that NS is taking the semaglutide as directed. This includes taking the tablet in the morning at least 30 minutes before the first beverage, food, or other oral medication(s) of the day with no more than 4 ounces of plain water. Advise him to separate the administration of levothyroxine and semaglutide. In addition, tell him to take the levothyroxine at night, separated from other medications and supplements by at least 4 hours.1 A small study shows that levothyroxine taken at bedtime improves thyroid hormone levels.2 The pharmacist should also encourage NS to follow up with his PCP to have his thyroid-stimulating hormone levels checked and to rule out any other causes of his symptoms.

CASE 2: The ambulatory care pharmacist on staff for the day receives a consult from a provider who is looking to start an antidepressant for a female patient, DA. She has been experiencing worsening anxiety and insomnia because of the global pandemic. The patient takes zolpidem 5 mg at bedtime as needed for insomnia (taking an average of 3 doses per week) but has no documented history of antidepressant use. The provider would like to attempt prescribing zolpidem, as he thinks that it will improve with proper management of DA's anxiety. After a conversation with the provider, the patient expressed interest in trying an antidepressant but has concerns about weight gain. Upon review of her chart, the pharmacist learns that DA has no known drug allergies or contraindications to the use of antidepressants.

What recommendation should the pharmacist make to the provider to help this patient?

ANSWER: Selective serotonin reuptake inhibitors (SSRIs) are the preferred drug class for the management of generalized anxiety disorder. Three SSRIs have been shown to not only reduce symptoms but also improve remission rates. These include escitalopram, paroxetine, and sertraline. Escitalopram is the least likely to cause problems and should be considered. Paroxetine should ideally be avoided, because of DA's concern about weight gain. Sertraline is likely to worsen her insomnia. The recommended starting dose is 10 mg daily. Dose titration to 20 mg daily can be considered after 1 to 2 weeks based on DA's response and tolerability. Because symptom improvement may take several weeks, the pharmacist can recommend continuing zolpidem while initiating escitalopram. After 4 weeks, symptoms should be reassessed and deprescribing can be considered. The provider can consider tapering the zolpidem dose by 25% every week to reduce the chance of rebound insomnia. 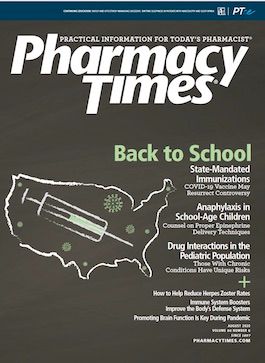