Current HIV criminalization laws may be unfairly biased due to assumptions about intent to transmit the virus in sexual activity.

A recent study examining current HIV criminalization laws found a level of bias due to assumptions about the criminal intent and violent nature of HIV-positive people, according to a study published in the journal Medicine.

Currently, states can hold a person liable if they know they are HIV-positive and commit a sex crime that has the possibility of transmission. An HIV-positive person can also face criminal charges if they demonstrate intent to transmit the virus, whether or not transmission actually occurred.

HIV criminalization laws were created during the era prior to antiretroviral therapy when the risk for transmission was extremely high. Although HIV treatment and prevention has advanced, these laws have not evolved, the study found.

However, the Department of Justice recommended that states modernize laws to reflect the low risk of HIV transmission from biting, spitting, throwing body fluids, insertive/receptive oral intercourse, and antiretroviral therapy.

The current study examined data from males aged 20 to 49-years-old from 1999 to 2012. The researchers sought to determine whether a national state-specific survey overstates estimates of HIV is due to the exclusion of inmates and whether or not HIV-positive inmates are more violent than HIV-negative inmates, thus creating bias.

Researchers gathered data from the National Health and Nutrition Examination Survey (NHANES). The data gathered by the surveys included demographic, dietary, and health-related markers of a representative sample of 5000 per year.

In both surveys, inmates were asked whether or not they had been tested for HIV and what the results of the test were.

Highly advantaged respondents increased their responsiveness for NHANES, with about 62.1% of respondents having some college education in 2012.

Researchers state that the shift in educational distribution between the 2 surveys could be indicative of HIV prevalence being concealed and distorted when institutions concentrate on disadvantage and do not include inmates in the samples.

Due to poverty and low levels of education, inmates are typically excluded in national-based surveys. Researchers said a bias is present due to this exclusion, which indicates a need for a reexamination of HIV prevalence rates.

Researchers said that HIV criminalization laws are very presumptuous about HIV-positive people due to the laws being created over 30 years ago when there was quite a bit of fear and mystery surrounding the disease.

To make these surveys more representative, the study concluded social scientists and legislators need to reassess the evidence that claims HIV-positive individuals are dangerous and have harmful intentions. 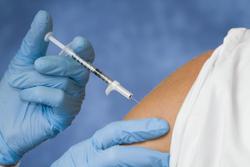