Myasthenia gravis (MG) is an autoimmune-mediated neuromuscular disease characterized by muscle weakness.1 Symptoms include drooping eyelids, blurred or double vision, weakness in the arms and legs, and difficulty chewing, swallowing, and breathing. MG affects about 20 of every 100,000 individuals in the United States, making it a rare disorder.1

There is no cure for MG, but medication regimens have been developed to control symptoms. Treatment regimens often contain immunosuppressants to modify overall disease progression. This minimizes day-to-day symptoms, though it predisposes patients to infection. If an infection occurs, proper antibiotic selection is crucial, as improper selection can lead to worsening or an exacerbation of symptoms and potential myasthenic crisis.

Let’s review the antibiotics that should be used with caution or avoided in this patient population and equip pharmacists with additional knowledge to optimize patient safety.

ANTIBIOTICS WITH STRONG EVIDENCE FOR AVOIDANCEFluoroquinolones

Another class of antibiotics that warrants caution in patients with MG is macrolides. Macrolides, such as azithromycin and erythromycin, have been shown to exacerbate MG symptoms in a handful of published patient case studies.9,10 For this reason, the initiation of a macrolide antibiotic should be avoided unless the risk outweighs the benefit. If a macrolide must be used because treatment options are limited, close monitoring of MG symptoms is necessary to prevent patient harm. Macrolides do not carry a black box warning for causing MG exacerbation. However, they are closely related to the ketolide class, which does carry such a warning. Ketolides like telithromycin have been proven to inhibit neuromuscular transmission, thus precipitating life-threatening symptoms of exacerbation in patients with MG.11-13 Although the scope of ketolide use is limited in practice, these drugs should not be used in patients with MG.

Of the antibiotic classes available, fluoroquinolones and macrolides have the most evidence to support avoiding their use in patients with MG. However, the overall literature is limited. For the most recent updates on clinical trials and warnings on antibiotic use in MG, go to myasthenia.org and click on the “Health Professionals” tab. Under “Clinical Overview of MG,” pharmacists can find "Medications and Myasthenia Gravis (A Reference for Health Care Professionals)," which outlines all medications that can cause exacerbation or worsening of MG.14

PEARLS FOR THE PHARMACIST

The level of uncertainty that exists with safe antibiotic use in patients with MG creates an opportunity for pharmacists to have open conversations with patients about past antibiotic use and historical worsening of symptoms to best update the patient’s medical or pharmacy record. One crucial aspect of MG is that each patient has his or her own unique clinical presentation of the disorder. Not only is a pharmacist’s ability to identify antibiotics that aggravate MG critical for patient safety, but this furthering of the patient—pharmacist relationship is also key for long-term growth and symptom management.

The pharmacist filling an antibiotic prescription for a patient with MG should consider the following:

Practice antimicrobial stewardship principles and ensure that antibiotic therapy is truly indicated for the patient.

Obtain an antibiotic history from the patient to assess if he or she has experienced exacerbated symptoms due to anti- biotic treatment. In addition, confirm which antibiotics the patient has tolerated without incident. Document all in the patient record.

Identify if the antibiotic has strong evidence for avoidance in patients with MG. Remember that fluoroquinolones carry a black box warning and that macrolides should be avoided unless there are no other options. Consult resources, such as myasthenia.org, if the antibiotic impact on MG is unknown.

Educate patients about the signs and symptoms of exacerbation and when to seek medical attention.

Do not hesitate to contact the provider with questions or concerns regarding antibiotic selection in this subset of patients. Patient safety is always of paramount importance.

Emma Jo Olig, PharmD, has a passion for working within the community pharmacy setting and practices throughout Sheboygan County, Wisconsin. 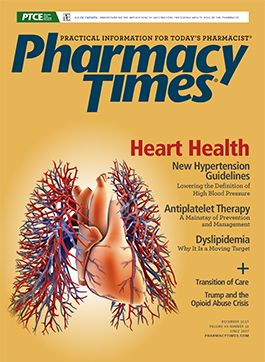