Ado-trastuzumab emtansine (Kadcyla), manufactured by Genentech, is a human epidermal growth factor receptor 2 (HER2)-targeted antibody-drug conjugate FDA approved for the treatment of patients with HER2-positive, metastatic breast cancer. Prior to receiving ado-trastuzumab emtansine, patients should have previously received treatment with trastuzumab (Herceptin) and a taxane either separately or in combination. Additionally, patients eligible for Kadcyla treatment would have received prior therapy for metastatic disease or developed a disease recurrence within 6 months of completion of adjuvant therapy.1,2

Kadcyla incorporates a monoclonal antibody with antitumor properties (trastuzumab) and a cytotoxic, microtubule-inhibiting agent (DM1). The expression of HER2 is increased in 20% of breast cancers and is associated with a decreased length of survival. The conjugated design of Kadcyla allows intracellular delivery of cytotoxic drug selectively to HER2-overexpressing cells. As a result, the therapeutic effects of Kadcyla are increased while unnecessary side effects associated with exposure of cytotoxic drug to normal tissues are decreased. The pharmacokinetics of Kadcyla were described in a phase 1 study and a pooled analysis of 5 trials in patients with breast cancer. Mean Cmax values, observed shortly after the end of infusion, for the trastuzumab and DM1 components were 83.4 μg/mL and 4.61 ng/mL, respectively. The volume of distribution was reported as 3.13 L and a 93% rate of protein binding was observed in vitro. The half-life of Kadycla was approximately 4 days with no accumulation observed with every 3-week administration. Age, race, and renal function have not demonstrated a clinically significant effect on Kadcyla pharmacokinetics.1,2

The recommended dose of Kadcyla is 3.6 mg/kg every 3 weeks as an intravenous infusion. The first infusion should be administered over 90 minutes while the patient is monitored for fever, chills, or an infusion reaction. Subsequent doses can be administered over 30 minutes if the drug is well tolerated. Two stages of dose reduction (3 mg/kg and 2.4 mg/kg) are indicated in the event of increased serum transaminases, thrombocytopenia, hyperbilirubinemia, pulmonary toxicity, left ventricular dysfunction, or peripheral neuropathy.1,2

Kadcyla obtained approval based on results from the EMILIA study. Nine hundred ninety-nine patients with HER2-positive, unresectable, advanced, or metastatic breast cancer previously treated with trastuzumab and a taxane were randomly assigned to treatment with Kadcyla or lapatinib (Tykerb, GlaxoSmithKline) and capecitabine (Xeloda, Genentech). Patients in the lapatinib/capecitabine group self-administered 1250 mg oral lapatinib and 1000 mg/m2 capecitabine every 12 hours on days 1 through 14 of each 21-day cycle. Patients assigned to Kadcyla received 3.6 mg/kg IV every 21 days. Patients continued study treatment until disease progression or side effects became intolerable. The median progression-free survival was 9.6 months with Kadcyla versus 6.4 months with lapatinib/ capecitabine (P <0.001). Additionally, median overall survival was increased, 30.9 months versus 25.1 months (P <0.001), in patients who received Kadcyla.2

On April 17, 2013, the Institute for Safe Medication Practices (ISMP) and the American Society of Health-System Pharmacists (ASHP) activated the National Alert Network (NAN) to warn practitioners of the risk of confusion between the generic names of Kadcyla (ado-trastuzumab emtansine) and Herceptin (trastuzumab). The FDA recommends use of both the brand and nonproprietary name in written, verbal, and electronic communication of Kadcyla. No medication errors have been reported since approval on February 22, 2013, but the FDA notes that medication errors did occur during clinical trials.3-5 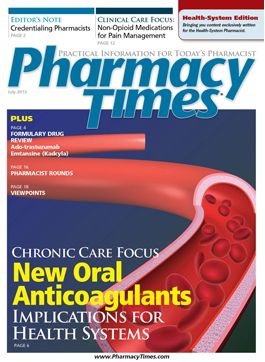