Investigators of a study published in Nature Generics identified different modes of genetic alteration to help define 5 genomic subgroups of chronic lymphocytic leukemia (CLL) and how they relate to clinical outcomes.

The TP53 mutations are the only ones used in clinical practice, while other prognostic markers, including the immunoglobulin heavy chain variable region mutational status, and existing molecular classifications have predictive value in individuals.

In the study, investigators put together a comprehensive, large analysis of the genomic landscape of CLL, as well as its relationship to clinical outcomes. They performed whole-genome sequencing to 485 individuals who were in clinical trials and were recruited to the United Kingdom’s 100,000 Genomes Project. All individuals had treatment-naïve CLL.

Investigators identified putative code drivers by screening for genes that were affected by single nucleotide variants and small deletions or insertions. They then integrated the deletions, insertions, and nucleotides with copy number alterations.

In the study, investigators identified 36 known and 22 putative drive genes, which were not associated with CLL in literature or prevalent above 1% in 2 landmark genomic studies in CLL, including the immune checkpoint regulator, IRF2BP2.

Of the 58 coding, known, or putative drive genes, 33 were also affected by noncoding mutations associated with regulatory elements or by copy number alterations.

Investigators also identified 56 genomic features that predicted OS and/or PFS, which included SMCHD1, which is a known independent predictor of OS.

For this, u-GS1 was categorized by the presence of high-risk features but without DNA damage response. Additionally, u-GS2 was defined by ATM/BIRC3/del11q22.2-22.3 alterations, as well as mutations in DNA damage response pathways, but they did not have genomic complexity or TP53 mutations as the defining features, and they were mostly present in males. Further, u-GS3 had high numbers of mutations in known and putative coding drivers, introns, and untranslated regions, copy number gains, and NOTCH1 mutations, and was usually enriched in older individuals.

In m-immunoglobulin heavy-chain variable, mGS1 was similar to u-GS1 and u-GS2, but was for enriched older men, BCR IG subset 2, and immunoglobulin heavy chain variable 3 through 21. For m-GS2, there were high mutation burden in enhancers, untranslated regions and promoters, and it was enriched for del13q4.2 but no other copy number alterations. Additionally, mGS2 had longer telomeres compared with the mean length of CLL.

Pharmacists in the Oncology Setting: Financial and Clinical Impact is Significant 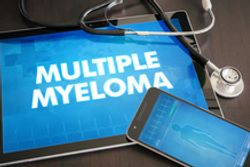