3 Areas Where Prescriptions Are Becoming Obsolete

Health care stakeholders across the nation are working to address public health needs in creative ways, and many of their solutions involve eliminating the prescription as a barrier to accessing health care.

Most patients have never thought to question this traditional model:

Step 2: Patient is diagnosed by the physician and receives a prescription order.

Step 3: Prescription is brought to the pharmacy.

Step 4: Pharmacist fills the prescription and issues it to the patient.

For most patients and practitioners, this model is a comfortable one. But when we look at policy transformations across the health care system, it becomes clear that times are changing.

We live in an age when innovation replaces the latest idea in a matter of years, if not months, so why do we still deliver health care the same way we have for decades?

Today’s patients are better informed and more empowered than ever before. Technology is already working to replace the paper-based systems of the past through electronic prescribing and information exchange. Health care reform is a core part of every significant political platform.

Could this all spell the end of the prescription as we know it?

Health care stakeholders across the nation are working to address public health needs in creative ways, and many of their solutions involve eliminating the prescription as a barrier to accessing health care. Let’s examine 3 areas where policy is changing to take prescriptions out of the equation.

Vaccines in the pharmacy setting have already become old news, but it wasn’t too long ago when pharmacists collaborating with physicians to deliver vaccines for influenza, shingles, and pneumonia represented the height of advanced pharmacy practice.

As a fairly recent pharmacy school graduate, I watched the concept of pharmacist-delivered vaccines really catch its stride. Then, as an intern between my P1 and P2 years, concern started to spread about the forecasted H1N1 influenza pandemic.

The pharmacy where I was interning was selected by the county health department as a point of distribution for Tamiflu as a prophylactic measure for the families of those who had tested positive for H1N1. The pharmacy conducted vaccination clinics that summer, but instead of having the staff pharmacists administer the vaccines, nurses were brought in to deliver the injections.

The next year, at the start of the spring semester, my pharmacy school offered one of its first vaccination certificate programs, and my classmates and I were excited to be on the cutting edge of pharmacy practice. Today, you can’t drive past a chain pharmacy in the fall without seeing a sign promoting its flu shots.

Now, pharmacy is stepping forward once again into the realm of infectious diseases. This time, however, it’s not just about preventative care; it’s about a faster path to treatment.

The Community Pharmacy-Based Point of Care Testing Program administered by the National Association of Chain Drug Stores allows pharmacists to collaborate with physicians to deliver care to patients who test positive for certain infectious diseases like group A streptococcus and influenza through the use of CLIA-waived tests and protocols for follow-up care that govern which patients receive what treatment pursuant to a positive reaction on a CLIA-waived test. The result is access to anti-infective medications without a prescription order from a physician.

This advent in health care delivery not only improves access, but also works to reduce health care costs. Making testing available to patients at the pharmacy keeps them from having to seek more expensive forms of treatment at urgent care centers and emergency rooms. Even if pharmacies were to strike arrangements just to make these services available upon referral or after hours, they would still dramatically improve patient access for those who can’t get an appointment with their primary care provider.

The pharmacy is already a logical stop for solutions related to family planning and birth control, as many locations offer pregnancy and ovulation tests, condoms, and emergency contraception. This gives patients a sense of empowerment that most of us now take for granted. There’s nothing novel about purchasing condoms at a pharmacy, but what if that wasn’t the only contraception option available?

Recent regulatory changes have set the stage for pharmacies to grant new levels of access to contraceptive measures. Just this year, legislation went into effect in California allowing access to hormonal contraception without a prescription. This law allows pharmacists who have received additional training to dispense hormonal contraception following a self-screening assessment conducted by the patient. This new policy, which has also been passed in Oregon and is being entertained by legislatures in a handful of other states, works to further the goal of patient empowerment.

This progressive policy move hasn’t been without its challenges. California’s law was actually passed back in 2013, but its implementation was delayed until this year. Additionally, the service is still new enough that pharmacies will need time to ramp it up.

When the author of a recent Broadly article approached pharmacies in select urban areas of California for birth control, most of them didn’t yet have the service available. According to the article, the service will need to be piloted in a few locations before it can be scaled up across some of the more notable pharmacy chains.

Every new service needs to start somewhere. After all, pharmacist-administered vaccines weren’t an overnight success. Now that regulatory barriers related to the provision of hormonal contraception have been removed, pharmacies can start working to answer questions related to clinical best practices for the service.

The opioid abuse epidemic is a huge problem. Pharmacists practicing in Michigan know this better than most, as Michigan is one of the states that has been most impacted by this problem.

The problem in the state is so significant that the governor convened a statewide Opioid Abuse Taskforce in 2015 with stakeholders from across law enforcement and health care to provide recommendations on how to tackle it. Among the policies that the task force generated were recommendations to increase access to the opioid overdose reversal agent, naloxone.

By that point, Michigan had already taken steps to improve access to naloxone. In the 2013-2014 legislative session, legislation on the topic was passed to allow prescribers to issue a prescription to a patient for naloxone just to keep on hand in the event that a friend or family member might experience an opioid overdose. Pharmacies would then be able to fill the prescription in a manner similar to conventional dispensing practices.

However, the state task force was making recommendations to broaden access to naloxone even further, and that meant eliminating the barrier of obtaining a prescription.

An idea was posed to pass legislation to allow pharmacists to enter into collaborative agreements with physicians that would allow them to dispense naloxone pursuant to a protocol, but this practice was already allowed under Michigan’s current delegated authority statutes. When asked what was keeping pharmacies from doing so, it was pointed out that many pharmacies struggled to find physicians to collaborate with to provide these cutting-edge services.

The solution was a statewide protocol that would essentially function as a collaborative practice agreement that any pharmacy in state could participate in. That’s what Senate Bill 778 and House Bill 5326 would do.

That legislation would give explicit authority to the state’s chief medical executive to issue a statewide standing order that would allow pharmacists to dispense naloxone without a prescription order. In the legislation’s current form, a pharmacist dispensing pursuant to this protocol would have to create a file referencing the protocol, rather than generating or receiving a prescription.

Although the current pending legislation would only apply to naloxone, there’s the possibility that similar provisions could be considered in the future to address other emerging health needs.

It’s important to keep in mind that these practices generally aren’t moves to make pharmacists autonomous and independent members of the health care team. In fact, their implementation requires more effective communication and closer collaboration with primary care providers and other team members than ever before.

As we continue to pilot new and innovative models of care delivery, we should ask ourselves why receiving a prescription always seems to be the limiting step. Is our current model of care delivery still necessary, or is the use of conventional prescription orders becoming obsolete? 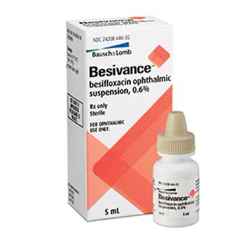