Understanding the difference between hypertensive urgency and hypertensive emergency is essential to initiating patient appropriate treatment in a timely. This article reviews targeted therapies for both. 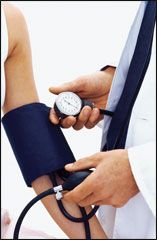 Of the 73 million Americans who have hypertension,1 it is estimated that 1%2,3 will have severe elevation in blood pressure (BP), known as hypertensive crisis, which requires urgent medical treatment. Hypertensive crisis is an acute condition characterized by diastolic BP >109 mm Hg4,5 or systolic BP >179 mm Hg.2,3

Patients presenting with hypertensive urgency do not mandate admission to a hospital.3 Unfortunately, the term hypertensive "urgency" has led to an overly aggressive approach in treating BP.3 The treatment for hypertensive urgency requires a gradual lowering of BP. In fact, a rapid reduction may be associated with significant morbidity due to a marked reduction in perfusion that can result in ischemia or infarction.3,7 Patients will benefit from short-acting oral agents such as captopril, labetalol, or clonidine.3

Captopril is a short-acting angiotensin-converting enzyme inhibitor that can be administered 12.5 to 25 mg orally as needed to reduce BP. Avoid use in patients with renal artery stenosis, hyperkalemia, and pregnancy. The onset of action takes 15 minutes, and the duration of action is 4 to 6 hours.

Labetalol is an alpha- and beta-adrenergic antagonist that can be administered 200 to 400 mg orally and repeated every 2 to 3 hours to control hypertensive urgency. The onset of action is 30 minutes to 2 hours, and it should be avoided in patients with asthma and bradycardia.

Clonidine is a central alpha agonist that is usually dosed 0.1 to 0.2 mg initially, then 0.1 mg every hour, up to 0.8 mg total. The onset of action also is 30 minutes to 2 hours. Clonidine should be avoided in patients with altered mental status and severe carotid artery stenosis.

The initial treatment goal for hypertensive emergency is to reduce the mean arterial pressure by up to 25% over the first few hours to prevent further progression of target organ damage.4

The treatment generally consists of administration of an IV antihypertensive medication titrated to a goal with intraarterial BP monitoring until the patient stabilizes.2,3 Advantages in using IV medications include a rapid onset of action, usually within a few minutes of infusion, and an ease of dose titration. Too rapid a reduction in BP, however, can lead to end-organ ischemia or infarction, such as acute stroke or MI caused by reflex vasoconstriction and tachycardia.8 For this reason, short-acting nifedipine is contraindicated in hypertensive emergency as it may cause an excessive reduction in BP.

Sodium nitroprusside is the preferred drug of choice for most hypertensive emergencies. It is a direct arterial and venous vasodilator with a very rapid onset of action within seconds to a few minutes. Although nitroprusside itself has a very short half-life, it contains 44% cyanide by weight; cyanide is metabolized to thiocyanate by the liver and is eliminated via the kidneys. Thus, in patients with renal or hepatic dysfunction, metabolites can accumulate to toxic levels.

Symptoms of thiocyanate toxicity include nausea, vomiting, muscle cramps, hyperreflexia, and disorientation. When nitroprusside is continued for more than 48 to 72 hours, monitoring of thiocyanate levels is recommended. If the thiocyanate serum concentration exceeds 12 mg/dL, the infusion should be discontinued. Nitroprusside is contraindicated in severe renal dysfunction and pregnancy. Doses will range between 0.25 and 10 mcg/kg per minute, but the dose should be kept at <2 mcg/ kg per minute to avoid toxicity.2,3

At low doses, nitroglycerin is primarily a venous vasodilator with some vasodilatory effects on the coronary arteries. At high doses, nitroglycerin has been known to vasodilate arteries. Due to its favorable effect on coronary arteries, it is the preferred agent in patients with acute coronary syndrome or acute heart failure. Unlike nitroprusside, nitroglycerin does not exhibit any longterm toxicities and is well tolerated, with the most common adverse effect being headache. Patients may develop tolerance, however, when the agent is used for more than 24 to 48 hours. Doses range from 5 to 60 mcg/hour.2,3

Fenoldopam is a peripheral dopamine-1 agonist that can be used as an alternative to nitroprusside. It may be particularly useful for the management of perioperative hypertension or in patients with renal dysfunction. Fenoldopam may improve renal blood flow through dopamine receptor activation of the renal bed.8 It should be used with caution in patients with glaucoma, however. Usual dose ranges from 0.1 to 1.6 mcg/kg per minute.2,3

Health systems need to educate staff, particularly in the emergency department, to be effective in diagnosing hypertensive crises and differentiating between hypertensive and hypertensive urgency emergencies, because treatment plans are dependent on these findings. Tools that can easily identify target-organ damage will assist in this process.

For treatment, the pharmacy and therapeutics committee should devise a plan in selecting the best agents for hypertensive urgency and hypertensive emergency based on safety data, efficacy data, and cost differences. Oral agents that are fast acting and have a short duration of action are preferred, as they can easily be titrated to achieve adequate BP control. Adverse effects must be factored into this equation, however. Sublingual products or products that require "bite and chew" should be avoided to prevent severe hypotension.

Patients who have a precipitous increase in BP are at significant risk for acute end-organ damage, such as stroke or acute coronary syndrome. Initiating patient appropriate antihypertensive treatment in a timely manner can reduce or prevent patient harm.

Many of these antihypertensive agents have adverse effects that require monitoring, and dangers are associated with too rapid of a reduction in BP; thus, one must balance safety of the medications with benefits gained from using them.