IntroductionSepsis is the leading cause of death in noncoronary intensive care units in the United States. Despite significant improvement in patient care in intensive care units, sepsis is associated with a 30% to 50% mortality rate. Annually, more than 700,000 patients develop severe sepsis, costing the U.S. health care system an estimated $17 billion. Immune response plays an important role during the infectious processes or trauma. This inflammatory response may directly or indirectly activate the coagulation cascade, which results in multiorgan dysfunction or death. Early signs of systemic inflammatory response syndrome (presepsis period) include core temperature >38?C, heart rate >90 beats/minute, respiratory rate >20 breaths/minute, and white blood cells >12,000 mm(2). Clear evidence suggests that uncontrolled coagulation, fibrinolysis, and impairment of vascular endothelium fuel the systemic inflammatory response to severe sepsis. Early diagnosis, prompt intervention with antibiotics, and hemodynamic support are still the cornerstones of the treatment of sepsis. Drotrecogin alfa (Xigris, Eli Lilly, Indianapolis, IN) is a new antisepsis agent recently approved for the reduction of mortality in adult patients with severe sepsis.

Clinical StudiesThe efficacy and safety of drotreco-gin were studied in 1,690 patients with severe sepsis. Patients with systemic inflammatory response syndrome with at least one sign of organ dysfunction (hypotension and shock, respiratory failure, renal dysfunction, or metabolic acidosis) were enrolled in this international, multicenter, placebo-controlled study. Patients who were at risk for bleeding, received solid organ and bone marrow transplantation, and who were HIV-positive with a CD4 count of <50 or chronic renal failure were excluded from the study. Patients were randomized to drotreco-gin 24 mcg/kg per hour for 96 hours or placebo. The primary end point included all causes of mortality after 28 days following the start of drotreco-gin therapy. The overall mortality rate was significantly reduced for the drotrecogin group compared with the placebo group. The all-cause mortality rates were 25% and 31% for the drotrecogin and placebo groups, respectively (absolute mortality reduction: 6%). In patients with high acute physiology and chronic health evaluation II (APACHE II) scores at baseline (high risk for mortality), the overall mortality was 31% for the drotrecogin group and 44% for the placebo group (absolute mortality reduction: 13%).

Adverse Side EffectsThe most common adverse drug reaction reported was bleeding. Drotrecogin is contraindicated in patients with active bleeding, hemorrhagic stroke within the 3 months prior to sepsis, head trauma, epidural catheter, or patients with herniated cerebrum. Patients with recent administration of warfarin, glycoprotein IIb/IIIa, heparin, or thrombolytic therapy are also at higher risk for bleeding and should be monitored very closely.

Approximately 1,400 patients die from severe sepsis every day. Activated protein C (drotrecogin), in addition to antimicrobial agents, invasive radiologic interventions, surgical procedures, and other supportive care, significantly reduce the mortality rate. Considering the cost of this agent, it is highly recommended that a guideline be developed to minimize bleeding complications and optimize the appropriate use of drotrecogin. 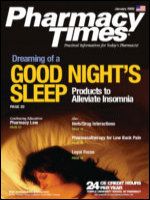